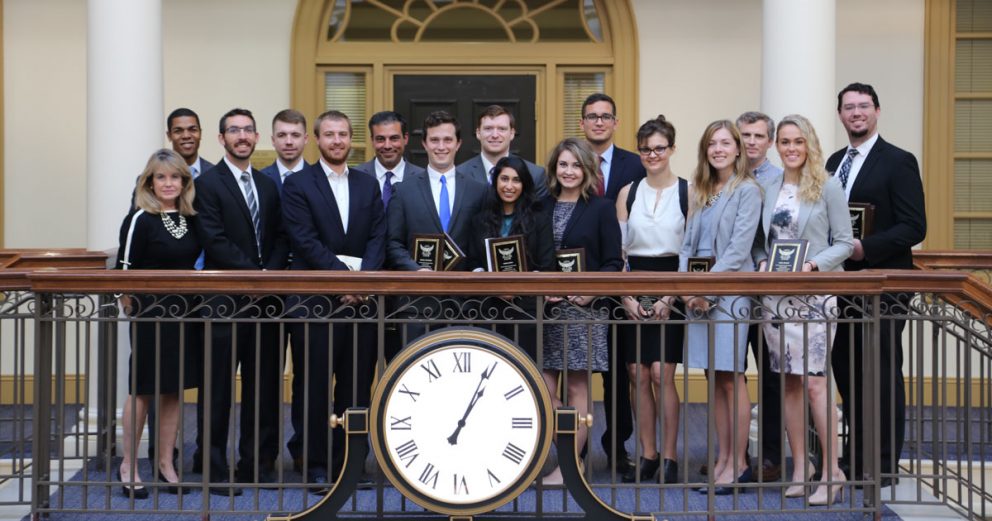 Book awards, a time-honored tradition amongst law schools, is relatively new to the LAW community.

Believing an institution should honor its students who achieve academic excellence, and desiring to see Regent’s mission furthered, Ronald Fick — father of Allison Fick ’14 (LAW) — helped in getting the tradition started only a few years ago.

“[Ronald Fick] fell in love with the mission of this school … with this place and our students,” said Dr. Jeffrey Brauch, LL.M. program director.

The awards, Brauch said, occasions a chance for students to celebrate one another’s accomplishments.

“In God’s economy, there’s no scarcity,” said Ernie Walton, LAW’s assistant dean of admissions . “One person’s success does not equal another person’s failure. God has plans for each of you.”

“I’ve been blessed to … hear how excited fellow were for their classmates to receive a book award,” Walton added. “That’s really blessed me to see the heart of all of you as you’ve encouraged and honored all your classmates.”

“I never ever expected to receive a book award,” said third year law student Ashna Desai. “I really saw, that day by day, I was making it by the Lord’s strength … We’re here because of him, to fulfil his will and not ours.”