VIRGINIA BEACH, VA (June 29, 2020) – Rae Pearson Benn (SBL ’16) is living proof that ashes can generate beauty. But more than two decades ago, as she dragged herself to her girlfriend’s house with a displaced hip and crushed pharynx following a domestic dispute with her then-boyfriend, she never imagined one day she would add “Emmy Award nominee” to her list of accomplishments.

The PSA played on local news channels and also in local theaters before featured movies during a 10-week spring and summer 2019 campaign. It was seen by 264,000 movie-goers. The PSA inspired open conversation surrounding public perceptions linked to intimate-partner violence, earning powerful feedback from community advocates/survivors and increasing the number of complaints and cases. This spring, the PSA was nominated for an Emmy in the Community/Public Service (PSAs) category for the National Academy of Television Arts & Sciences National Capital/Chesapeake Bay Chapter.

Pearson Benn explained how the very rewarding, but surreal, process unfolded. “I had just been in my job with the City of Virginia Beach for about four months when I got the word that my team needed to create a PSA for National Crime Victim’s Week,” she said. “They knew my background and passion and wanted to leverage that, which was such an honor, but … we only had one month from start to finish.” And so began the process of writing and rewriting the script, composing the shot list, and rocketing through production.

The PSA, titled “In the Right Hands,” encourages those affected by domestic violence to access help available through the City of Virginia Beach. “I want people to know what I didn’t,” Pearson Benn said, “You are not alone. People are available who won’t judge you; there are so many free resources provided by the city, and you just need to make a phone call. No shame; just make the phone call.” Pearson Benn welcomes opportunities to lead those abused out of bondage and into freedom and hope.

“If I can stand toe to toe with a man more than 100 pounds heavier than me, be slammed to the ground and left broken inside and out, and then walk through a very real journey of redemption and healing, I know others can find that inner strength too,” she said. “If God is for you, who can be against you?” (Romans 8:31).

Pearson Benn described her downward spiral from bubbly college-bound go-getter to humiliated and embarrassed abuse victim as “slow but steady.” She was raised in a strong home with loving parents and a biblical anchoring. Her new boyfriend (during undergraduate studies at a local university) was a quiet and strong fraternity brother who seemed to check all the right boxes. He had a steady job, a house, a smooth Camaro, and a vision for his future. That made it easy for her to explain away his active role in choosing her outfits, her friends, and her activities as “caring and loving.” 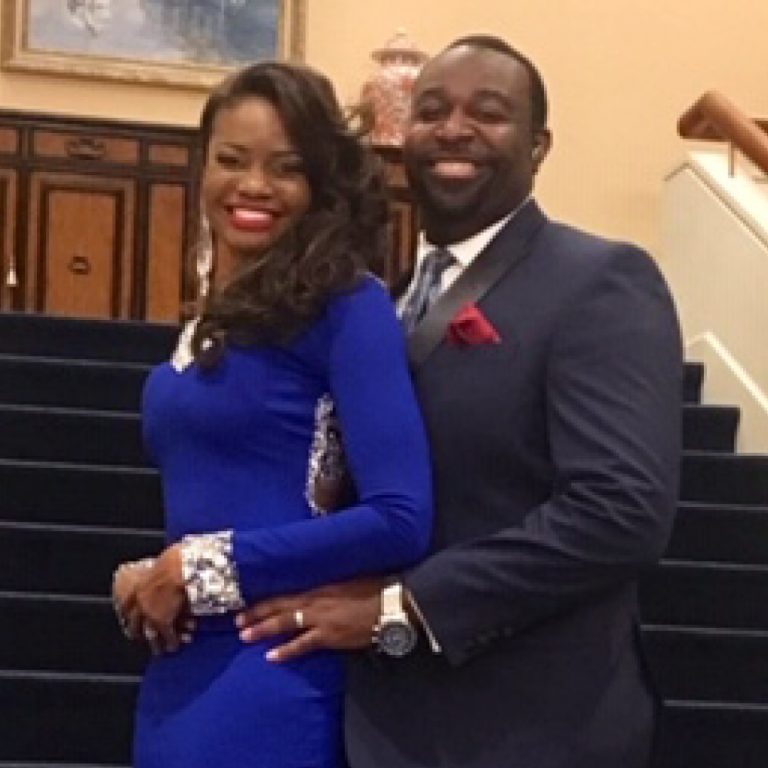 “I like to share that part of my story so that others know there is life after abuse,” Pearson Benn explained. “God always wants to be our GPS; He wants to get us back on track. And even though all of us are forever growing and recovering from something, there’s a big world we can help change if we just keep taking steps of faith and stop disqualifying ourselves.”

“Regardless, I already feel like I won,” Pearson Benn said. “Years ago, I was drowning, and God —with others used by Him—rescued me. I don’t need a statue to remind me of the goodness that I am living. Salvation and grace—that’s what I want others to experience.”

The School of Business & Leadership is a Gold Winner – Best Business School and Best MBA Program by Coastal Virginia Magazine. The school also has earned a top-five ranking by U.S. News & World Report for its online MBA and online graduate business (non-MBA) programs. The school offers both online and on-campus degrees including Master of Business Administration; M.S. in Business Analytics; M.A. in Church Leadership, Organizational Leadership, and Product Management; Ph.D. in Organizational Leadership; and Doctor of Strategic Leadership.

VIRGINIA BEACH, VA (December 16, 2021) — Regent University is pleased to announce that its Master of Business Administration (MBA) program has been ranked #34 Top Online MBA Programs for 2022 by The Princeton Review® …