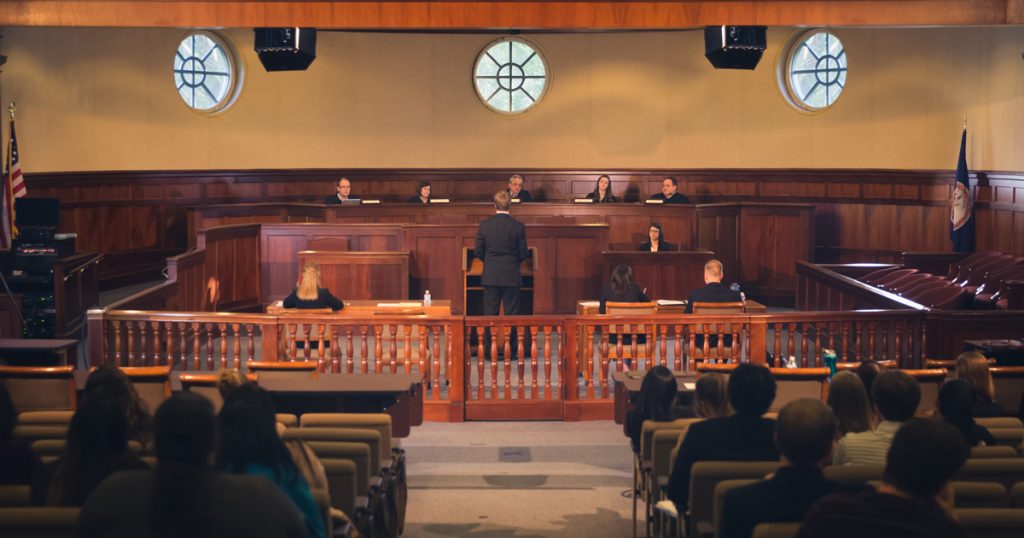 Although summer is usually a time for students to step back from the rigor of academic pursuits, some, like students from Regent University School of Law (LAW), are still hard at work as interns.

On Thursday, June 21, LAW’s Career & Alumni Services hosted a banquet in celebration of their judicial internship program’s 21st anniversary, and as a gesture of gratitude for both judicial interns as well as professionals in the legal field who take them on.

“I greatly value the relationship Regent has with the local legal community,” Lannetti said. “We’re all members of the same profession and we have a responsibility to make sure that those who come behind us are well prepared.”

Lannetti has been “instrumental in the success of this program,” said West. “[He’s] mentored countless interns in his courtroom and has made a positive impact on how law students approach legal practice.”

Keynote speaker and Chesapeake Juvenile and Domestic Relations District Court Chief Judge Larry Willis Sr. shared a phrase he advises interns with: “You can learn an awful lot by watching, you will learn how people present their arguments in an organized and sometimes impassioned way, you will learn how they organize their thoughts in such a way as to sound logical, and you will learn how not to act based on the way that some of the lawyers behave.”

Judge Willis explained that interns in his department have also been required to perform administrative legal work. They began doing so to provide variation amidst the mundanity of sitting through numerous court cases all of similar nature.

“When they [interns] get interviewed … they can say, ‘Well, I actually did expungements … and I have a pretty good working knowledge of the juvenile court,’” said Willis. “I think that puts them ahead of a lot of other competitors when it comes to getting a job.”