B.S. in Criminal Justice, ’19; Master of Public Administration (MPA), ‘20
Master’s Student Preparing to be a Commissioned Officer in the Military 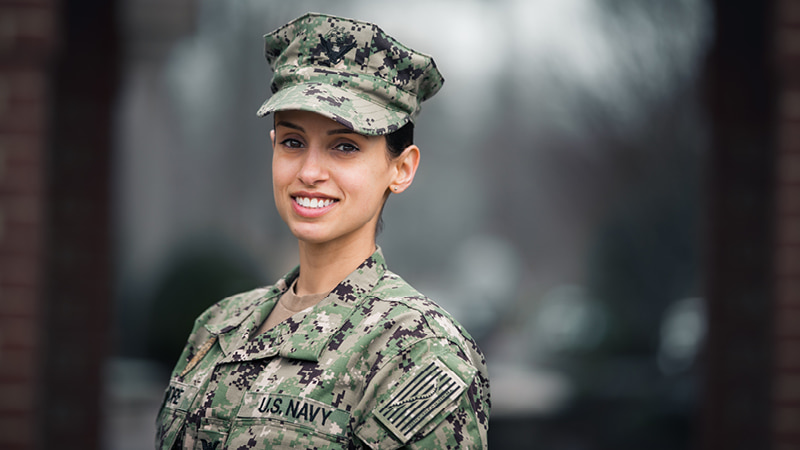 Natasha Moore (CAS ’19; RSG ’20) is a person with single-minded focus and uncommon grit.

As a child, she attended a Veteran’s Day picnic during which a soldier allowed her to sit in a Humvee. “They painted my face (camouflage) and told me about the Army’s mission and what soldiers do,” says Moore. And from that day, she knew what she wanted to do – join the military.

Serving her country became Moore’s passion, her focus. Her great grandfather and an uncle served the country, and she was keen to follow in their footsteps. This passion spurred her to join the junior ROTC program in high school. However, she eventually decided to drop out of school and join the workforce. “Unfortunately, it’s hard to see the bigger picture when you’re younger. [I found that] you don’t [always] know why it’s important to continue an education,” says Moore.

That changed when she decided to enlist in the Navy and learned that she would need General Educational Development (GED) and 15 college credits to be accepted. This served as a wake-up call and marked a turning point. “That’s where I turned my life to focus on my education as well as serving my country,” says Moore.

It kickstarted a journey that had her get not just a GED and 15 college credits but also an associate degree, which she pursued while deployed. Strengthening her academic muscle, Moore then joined Regent University’s Bachelor of Science in Criminal Justice program. She separated from active duty in 2018 and went into the reserves to focus full time on finishing her bachelor’s degree. On graduating, she dove right away into a master’s program.

Moore is currently pursuing the Master of Public Administration (MPA) at Regent and is leaning toward streamlining her MPA with the Emergency Management & Homeland Security concentration. Her focus is to be a commissioned officer in the military, adding a fresh perspective and diversity of experience from working in the Navy.

“I intend to return to the military. But this time with a degree – that way I can impact more people and better serve service members,” says Moore. And, she’ll let you in on another goal: pursuing a Ph.D.

Ask her what stands out from her early military service, and Moore will tell you about the time she was stationed on a pre-commissioning ship, the USS Gerald R. Ford. In layman’s terms, that is the pre-operational stage of a ship. Witnessing this mammoth under construction and then seeing it come to life in its maiden journey was a significant memory for Moore. “Being a part of everything that went into getting this warship manned and ready to serve our country was very exciting,” she says. Another meaningful memory was being part of President Donald Trump’s security detail.

Service comes first to Moore, be it as a veteran or a volunteer. She volunteers as a Disaster Action Member in the Red Cross, helping individuals and families “during their most vulnerable period in their lives.” This includes serving people whose homes have been ravaged by disaster and who have lost everything. In such cases, explains Moore, Red Cross provides food, lodging expenses, and additional help if someone does not have a place to go to. She also helps with setting up shelters during hurricanes. 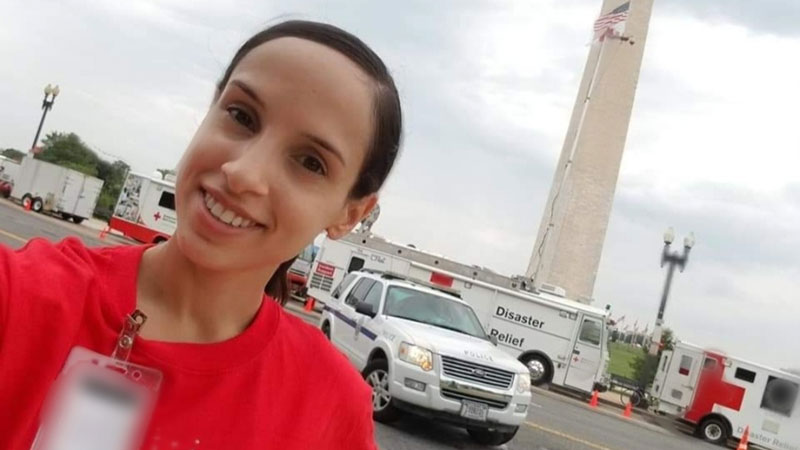 In fall 2019, Moore participated in the Reserve Officer Training Corps (ROTC) program while focusing on her goal to be a commissioned officer. She also hopes to work in a federal agency such as the Federal Emergency Management Agency (FEMA) in the future. The focus – serving her country and community – remains the same even as the avenues expand.

It is this service-first approach that drew her to Regent. Moore says she encountered kindred spirits in the Military Resource Center. “It takes a village of support to provide the guidance to create a successful veteran,” and Regent’s Military Resource Center stepped up to the role, says Moore. They introduced her to a network of mentors and went the extra mile to support her. In addition, the relevance of her MPA program has prepared her for situations she “may encounter in the field.”

With her eyes fixed on her career goals, Moore is working her way through her master’s program in the Robertson School of Government. And with determination, she is set to soar in her service to others.