Regent Alumnus Kevin Turpin is Impacting the Lives of Children 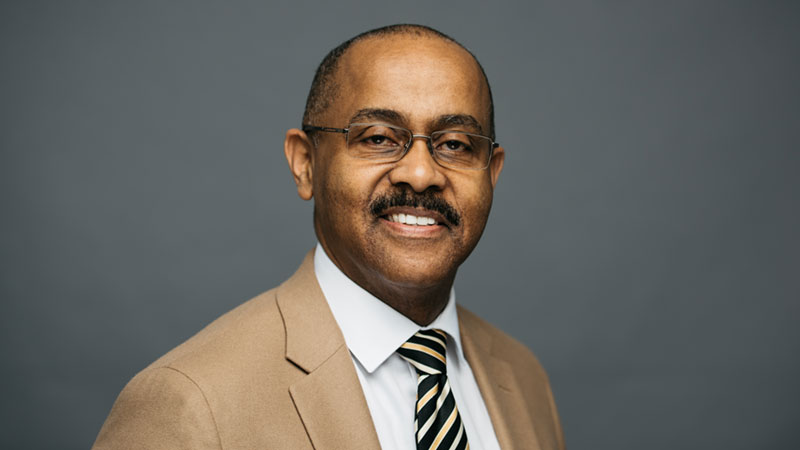 “I believe that we’re to be salt and light, and we can’t be effective salt if we stay in a saltshaker. We have to be poured out,” says Kevin Turpin (SOD, ‘01).

That belief has touched the lives of approximately 1,500 children in the Coastal Virginia region and beyond. Turpin is the founder of Life Enrichment Center, a non-profit organization that provides literacy tutoring for elementary school students from Title I schools in Norfolk, Portsmouth, Chesapeake, and other cities throughout the commonwealth. The key? One-on-one tutoring for students reading below their grade level.

Since 2007, more than 1,500 volunteers from faith-based, educational, business, and law enforcement communities, have spent one hour a week, one academic year at a time, tutoring a child.

Turpin will tell you about a “super shy” child whose tutor was concerned because she felt the two were not connecting. But Turpin’s wife, Wanda, who oversees the administration of Life Enrichment Center programs, encouraged the tutor to keep trying. The child finally bonded with the tutor, and, by the end of the year was being tested for the gifted class.

As for the program that has sparked such stories of change – it started small, in Norfolk. “I had no intention of [the Life Enrichment Center] being more than two or three school,” says Turpin. “But God’s plans were much greater than my plans.”

Today, the program is in over 25 schools throughout the Commonwealth of Virginia. There are even plans to expand into Washington, D.C. “It is a God story,” says Turpin.

He built his initial plan for the Life Enrichment Center (LEC) keeping his own abilities in mind. “And the Lord challenged me, and He said, ‘Would you give this to me? I want it to be larger.’” It was when Turpin released the reins, he says, that doors started opening and funding began coming in.

So, within the main plot of LEC, you’ll also find a side story about Turpin “learning how to follow the Holy Spirit … and to put faith more in Him than in personal ability or inability.” As he did that, Turpin learned that God does “exceedingly abundantly above anything that you can ask or imagine.” 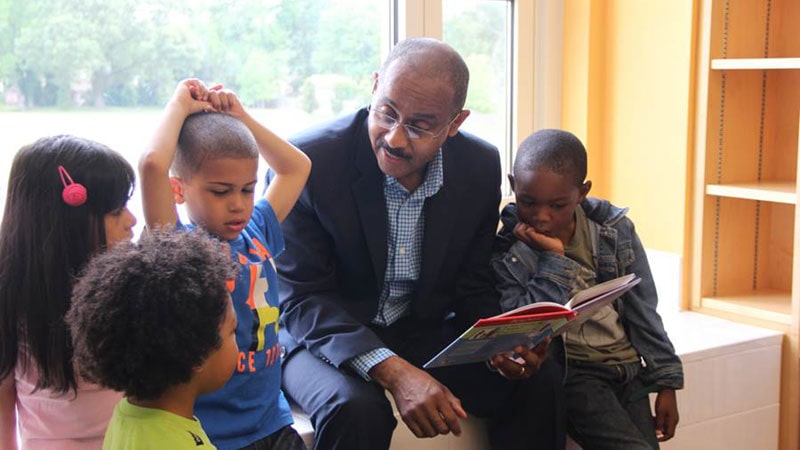 “The most spiritual thing is my role as a father and as a husband. There’s nothing more spiritual than that.”

It wasn’t till recently that Turpin connected the dots that link the Life Enrichment Center to his own childhood. As a first grader, he struggled with reading. He calls the experience “horrific,” recalling the pain that it just “wasn’t clicking.”

Turpin prayed a simple, earnest prayer – “Would you help me, God?” And He did.

The following year, “things just (began) to click,” Turpin says. Today, he holds two master’s degrees – a Master of Science in Counselor Education from Canisius College and a Master of Arts in Practical Theology from Regent University.

Turpin’s wife Wanda, who plays a strategic role in Life Enrichment Center, experienced a childhood struggle of her own. She had difficulty in pronouncing words. She always wanted to be a teacher, Turpin will tell you. It’s a desire that has a strong connection with her current role. Wanda oversees all the tutors and coordinators of the program, thereby impacting the lives of hundreds of students.

Affecting the lives of others is something Kevin Turpin has always wanted to do, and not just the lives of children. Growing up with an outreach focus, where one ministered to the needs of the marginalized, he wanted to get back into the community after entering full-time ministry. That desire contributed to the formation of the Life Enrichment Center, which initially included prison outreach and homeless ministry, in addition to the literacy program. Later, Turpin felt the need to transfer some of these ministries to the church so that he could focus on what would quickly become the signature program — literacy.

Turpin believes that the environment at Regent University provided the foundation for him to dream. “It was a place that God handpicked for me,” he says. Turpin moved to Virginia Beach in ‘92 from Buffalo, New York, to attend Regent. From 1992 to 1997, he also served as director of recruitment and then as director of development at the university. And in 2001, he graduated with a master’s in practical theology.

It was at Regent that Turpin met Dan Backens (SOD, ’99), with whom he launched an intentionally multi-ethnic church plant named New Life Providence, now New Life Church, in 1995. The church now has thousands of members, and Turpin serves as its senior associate pastor.

It was also at Regent, after a retreat Turpin attended during his first class, that he found the Lord guiding the foundation for ministry that he continues to build everything on … ministry to his family. To be present with them.

He felt the Lord telling him that he wanted to make him a godly husband and father first: “The most spiritual thing is my role as a father and as a husband. There’s nothing more spiritual than that.”

For Turpin, this is a journey he has walked by faith, not by sight.