Nontraditional Regent Student Aspires to Use His Experience to Teach 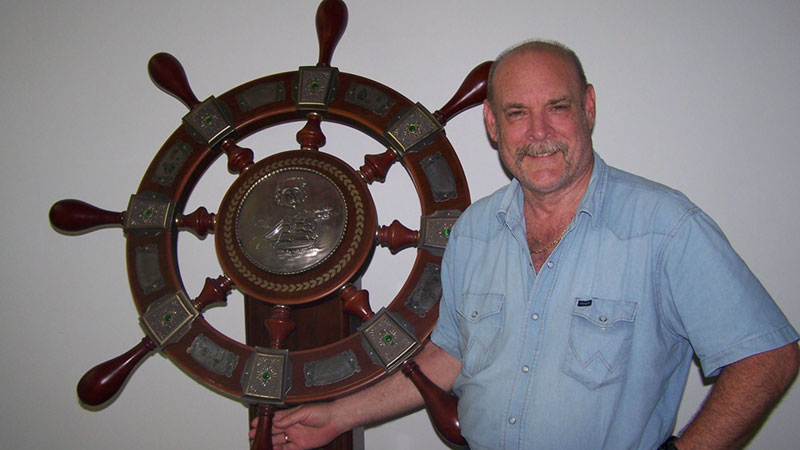 A mere cursory glance at Robert Coward’s (CAS, ’19; RSG, ’21) resume shouts Renaissance man. With bullets points including pastor, international energy industry worker, author and actor, the Texas native has done it all on both the sacred and secular stages.

At 64, Coward, who graduated from Regent University in December 2019 with a bachelor’s degree in history, is pursuing a master’s degree in government at the school. And, he is well on his way to adding teacher to his resume.

As a non-traditional student who hadn’t attended school in decades, making the decision to pick up where he left off years ago was not undertaken lightly.

While searching for the best university to meet his needs, and not necessarily looking for a Christian institution, Regent University kept appearing in the top five schools offering online programs. When he compared Regent’s price per class to other schools, the choice was clear.

“I just dove in and trusted in what I read,” Coward said. “It may not be the best way for a Christian to approach a major life decision, but it proved to be God-led.”

Picking Up Where He Left Off

To explain why Coward decided to return to college at 61, it’s necessary to go back to the beginning. At 17, he “surrendered to the ministry” and served in a number of pastoral positions, happily witnessing hundreds of professions of faith. Then, a life-changing event made it necessary for him to find additional work to care for his family.

Coward and his wife, Carel, had welcomed the first of three children to the world. Tragically, Lou Ann was born with spina bifida and was not given a long-life expectancy. She surprised everyone one and, though frail and requiring many surgeries, she lived.

Coward said that despite her illnesses and hospitalizations, Lou Ann was a child of extraordinarily sweet spirit who, through her insistence that everyone hug their neighbor in church, managed to bring a divided congregation together. When she passed away, they were left with the warmth of her memory and love.

“Don’t sell yourself short. You can do it.”

Unfortunately, the couple had incurred enormous medical bills over those tough years, so Coward was led to pursue a career in the oil and gas industry.

He had started out in the business earlier as a hydraulic test technician and proceeded to “come up from his tools”—the industry way to say he didn’t have an engineering degree but learned skills on the job. He moved up the ranks to senior management positions that took him to Nigeria, Mexico, the United Kingdom, China, Malaysia, Singapore, Norway, France and Germany.

When the industry took a downturn, jobs became fewer and far between. Never one to stay still, he took that as a sign that it was time to start the next chapter of his professional life.

While he has kept his foot in the ministry through the years and continues to hold pastoral positions, Coward decided to act on his love of history and pursue the degree he’d given up years ago because of life circumstances. He is grateful to have accomplished that at Regent University.

The Journey from “Dinosaur” to Degree

“Regent has been absolutely fantastic. When I speak to someone in academic advising, or financial aid, or to my professors, the help I receive has been second to none. Whoever answers the phone is the sweetest, most helpful person you’d ever want to talk to,” he said.

“I’ll tell them, I’m a dinosaur on the computer, you’ll have to walk me through this and they have always been professional and kind and laughed with me. It’s like I’m the only person that exists in the whole wide world. Regent has its act together.”

To those thinking about returning to or starting college in middle-age, Coward said they should give Regent a strong look because of the support its students receive.

“At Regent, they encourage you as an individual and want you to succeed,” he said. “Don’t sell yourself short. You can do it.”

The transition to full-time college student was not a jarring one for Coward. Throughout the years he has written fiction, biographies, crime novels and poetry so research is second nature to him. His most recent novel, “The Appointed,” is a work of Christian fiction.

Coward said that he is now focusing on international relations largely because of his world travels. “The only continent I haven’t put a footprint on is Australia,” he said. “What I’ve learned along the way is that in all ethnicities and cultures, we’re all alike. We want to take care of our families and live in peace.”

Armed with his bachelor’s degree and in the beginning stages of coursework for his master’s degree, Coward is eager to get in the classroom to share his knowledge with others, whether teaching ancient history, American history, drama, geography or civics.

“With my life experience and travels, I think I bring a lot to the table and I need someone to give me a shot,” Coward said. “I’ve been successful in everything I’ve done. From a managerial/project aspect, I’ve never failed on any task. I have an appetite and aptitude to get the job done.”