Ph.D. in Organizational Leadership, ’01
#3 Best Mayor in the Country 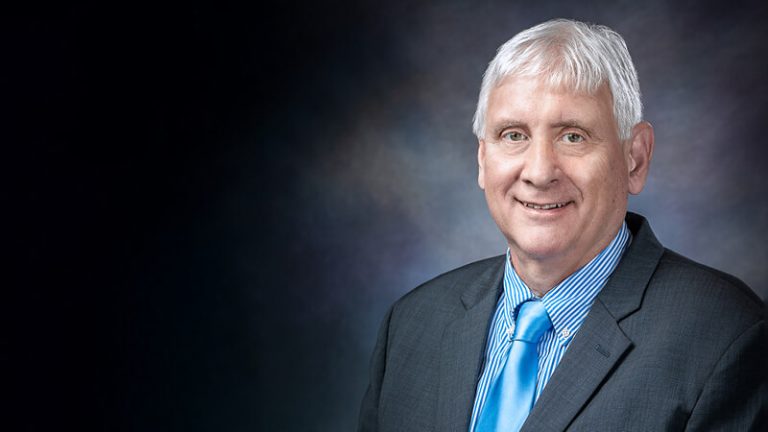 No matter your political affiliation, this truth remains: The greatest public servants are servant leaders. And in a COVID-19 world, amid ongoing civil unrest, never has strong, principled leadership been more important, particularly when it comes to our elected officials.

Meet Robert “Bobby” Dyer, mayor of the city of Virginia Beach. To say Dyer operates with a servant’s heart is an understatement.

This spring, Newsmax released its list of the 15 Best Mayors in America and not only did Dyer make the cut, he ranked #3.

When asked about the Newsmax recognition, Dyer remarked: “No mayor does anything by him or herself. I’m surrounded by magnificent people. I have a great city council. We have a wonderful city staff. But, the strength of Virginia Beach is the people of Virginia Beach, who constantly lift me and motivate me.”

Newsmax’s America’s Top Mayors, comprised of a diverse list of politicians from around the U.S., includes nonpartisans, Republicans and Democrats. Ultimately, Dyer received points for his city’s low crime and poverty rates, as well as for striving to make his community better for his constituents and municipality one of the best in the country.

This Marine Corps veteran earned his Ph.D. in Organization Leadership from Regent University’s School of Business & Leadership and later became a principal lecturer in the Robertson School of Government.

Leading Through the Storms

Not long after coming into office as mayor, Dyer was put through the biggest leadership test of his life. The day was May 31, 2019 — the city’s first and only mass shooting, which left a community in mourning after an active shooter took the lives of 12 innocent people at the city’s municipal center.

“When it first happened, like many people in the city, I was in a state of shock,” explains Dyer. Despite his own moments of grief — he lost a personal friend in the tragedy — he knew the community was looking to him to show strength and leadership. “With the help of many others, I was able to guide the city through a very dark time.”

Dyer’s steadfast leadership and heartfelt comments following the mass shooting resonated with communities across the nation. He was resolute about not allowing the shooting to define Virginia Beach, declaring to the world that his hometown is “a city of love and compassion.”

Dyer shared how he “felt the prayers of many” and was encouraged by the way the community responded. “One thing about Virginia Beach, we are a faith-based community of many faiths,” he says. Dyer considers that to be “the glue” that holds his city together. “There was no time more evident, than during that tragic time, where the community came together — it really helped me as a leader.”

Dyer recognizes that most leaders are remembered for how they handle situations during crises, and he has certainly led Virginia Beach through some difficult times over a short period of time, including recent challenges associated with the COVID-19 pandemic and rioting, which resulted in damage to oceanfront storefronts and other crimes.

He says that making sure people are safe during the pandemic has been a top priority. “But we’ve also had to find the balance,” he adds. Virginia Beach had to start opening up gradually and safely, to stimulate its economy, Dyer explains.

“I let our governor know that as a result of confinement, there was an increase in depression, suicide, drug and alcohol abuse, and domestic violence … meanwhile many businesses were forced to close,” he shares with candor. To alleviate devastation to the city’s tourism industry, it was imperative to find the right balance.

Dyer says it was city leadership’s effective communication with Virginia Gov. Ralph Northam that helped determine whether the beach should open back up to the public. That was the first step in a series of re-openings within the city and surrounding coastal community.

Dyer also stresses the importance of strong leadership and communication in regard to the civil unrest. He and his team have been working with diligence to understand the dynamics and pain of our nation highlighted through the “horrible murder of George Floyd in Minneapolis and the repercussions of it.”

“When you’re confronted with multiple challenges and trying to be the leader of largest city in the Commonwealth, you realize quickly, you can’t do it by yourself … so I pray.”

He believes “it’s time we use faith to bring our community together and focus on what I call ‘the new normal,’ and that’s finding out what we have in common and not what divides us.” Dyer points to the value of random acts of kindness and first principles of helping each other’s families during these turbulent times: “I really think that the big answer to a lot of social ills is going to be grounded in faith.”

Reflecting on his first 18 months in office, Dyer, again, speaks candidly: “Needless to say, it’s been very challenging. I believe my orientation in faith, my heart for people, along with my leadership training at Regent University helped prepare me to persevere through these storms.”

How Our Journey & Training Make a Difference

Speaking on public service and servant leadership, Dyer believes a politician should do more listening than talking. “In politics, you’re always having to overcome challenges and perceptions, so it’s very important to be equipped with strong people skills. Your focus must be on the people you serve,” he notes. “I wear the mantle of servant leadership with pride.”

Looking back to 2004 when he first ran for city council, he sees a pattern of grace and guidance on his path. “I honestly felt all along that the good Lord had his hand on my shoulder,” says Dyer. “Then, when I made the decision to run for mayor in a special election, I especially felt His hand on me. I had a degree of confidence moving forward even though it was a scary move.”

Even his background as a physical therapist for more than four decades has served the mayor well. While working on his doctorate at Regent, his role as a homecare physical therapist provided him with valuable civic insight: “I’ve literally been in thousands of homes in Virginia Beach and the region, so I really think I understand people, their families and their concerns.”

Besides learning under “some of the finest professors in the country,” Dyer is grateful to have served as a professor with Regent’s School of Government for 12 years. Here, he taught how government works from an academic perspective, but he also inspired and helped his students get involved in local and state politics. He would tell them, “When you run for office, you’re supposed to be a politician; once elected, you become a public servant, but in our case, a servant leader.”

He shares openly about overcoming a learning disability to achieve his calling. “I’ve always had a joke about myself,” he says. “My nickname is Bobby D. I’m a PT (physical therapist) with a Ph.D. and ADHD.” His short attention span and slight reading disability proved challenging but not insurmountable, thanks to the help of his professors.

He still keeps in touch with many of them, as well as faculty colleag
ues in the School of Government.

He is especially fond of Regent because it gave him his greatest treasure of all: “I met my wife at Regent, and she has been my rock and my strength,” he shares. “We have been happily married for 15 years. She’s been at my side through all of the trials and tribulations we’ve been going through. I have been blessed. And I’m extremely thankful for Regent – both personally and professionally.”

Through these tough times, Dyer says his faith has grown significantly: “When you’re confronted with multiple challenges and trying to be the leader of largest city in the Commonwealth, you realize quickly, you can’t do it by yourself … so I pray.”

Likewise, he’s always happy to hear from others a simple, “Bob, we’re praying for you.” He says he feels the prayers: “It lifts me, and it also gives me motivation.”

Effectiveness and efficiency go hand-in-hand in government, Dyer will be the first to tell you. Sometimes that means making decisions that people may not understand. His top tool again? Faith. “You’ve got to do what’s practical and not political, and I think that’s grounded in faith.”

When asked about the future, the mayor says he’ll soon be focused on reelection: “I was elected in a special election — the previous mayor stepped down. I would like to be considered the steady hand on the tiller of Virginia Beach during some very rough seas and take a great city to its next level, bring in new businesses and prosperity.”

The catalysts behind his objectives include ensuring Virginia Beach children have a great place to work when they finish their schooling and building a “real sense of community.” He says he also wants every person in Virginia Beach to feel like a valued part of their city. “So, if the Lord blesses me with another four years, I accept His responsibility, gladly.”