Led: How God Healed a Marriage

When Lt. Col. Chad Rose (SBL, ’20) joined the Master of Organizational Leadership (MAOL) program at Regent University, little did he know that God would use that time to build him as a leader not just in his career, but in his family. It was a path that helped restore his marriage, in fact. On graduating in 2020, Rose shared his journey in a moving letter to the School of Business & Leadership faculty he had come to trust and respect.

In 2014, Rose and his wife moved back to their hometown of Shreveport, Louisiana, to help care for their families. His father-in-law had become ill, and his grandparents were in their nineties. There was another pull – his in-laws were caring for their great granddaughter, whom Rose and his wife would later adopt. Thanks to the move, the couple was well positioned to care for their daughter and provide support for his mother-in-law when his father-in-law passed away six months later. Rose is also grateful for his time with his grandparents, who were admitted to a nursing home four years later.

“The plan was to move back to Louisiana until our family was healthy,” says Rose, and then to move to Dallas, Texas, where he had a job with American Airlines.

Given the magnitude of changes in their life, they decided to remain in Louisiana.

In time, physical exhaustion, stress and the time spent away from home took its toll, straining Rose’s relationship with his wife. This intensified when the couple didn’t reach a unanimous family decision on moving to Texas. So, in 2018, Rose sold his business and moved to Dallas … alone.

“I feel like in the next stage of my career beyond the military, beyond flying, I would like to teach in some capacity … that my experiences in life can help someone else and help families.”

The Road to Restoration

Around the time of his move, Rose started looking for a graduate program to complete the studies he had begun in the military. He firmly believes the Lord led him to Regent. In addition to the support it provided veterans, the university gave credit for higher education in the Air Force. “So, I was able to start with 15 credit hours toward the leadership program. But little did I know that, through research, the application of biblical principles and the Christian environment, God would speak to me,” says Rose.

Research, prayer and interaction with the faculty and students guided him personally, which ultimately led him to counseling. The more he read, says Rose, the more conviction he felt, which made him question his decision and begin to understand and value the covenant of his marriage. As he rested and cleared his mind during that 12-month period, he realized that he had made the wrong decision in leaving.

In 2019, he learned that he was being promoted to Airbus captain at American Airlines. This provided much-needed encouragement. Rose felt that God was rewarding him for years of hard work and giving him the boost of confidence and prosperity he needed. He wanted nothing more than to share these gifts with his wife and daughter. So, after training for the new role, he reconnected with them for a trip to Florida. “We had a wonderful time,” he says. 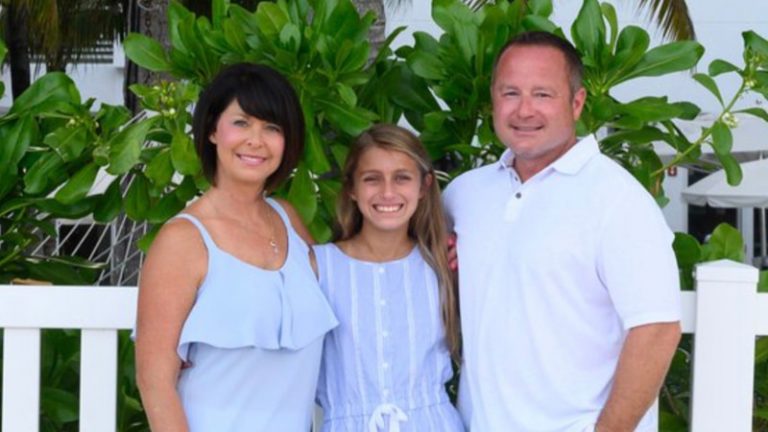 The couple decided to sell their house in Louisiana and move to Philadelphia, where Rose’s job as an American Airlines Airbus captain was based. He also retired from the Air Force to focus his free time on family. “I had a lot of time with my family. We prayed together every day and we all felt the happiness and God’s work in our lives,” says Rose.

In 2020, Rose graduated from Regent with a 3.94 GPA and “walked” in a virtual commencement ceremony. His wife and parents viewed both the commissioning and commencement services. “It was very emotional. The family’s very proud,” says Rose.

“I really feel like God led me to those decisions because that was part of His plan to heal my marriage,” says Rose, reminiscing the choice to pursue a graduate degree and the subsequent journey.

As he reflects on the future, Rose shares, “I feel like in the next stage of my career beyond the military, beyond flying, I would like to teach in some capacity or speak motivationally – that my experiences in life can help someone else and help families.”

His family recently moved to Arkansas, to be close to loved ones, including his mother-in-law, who plans to move to their town. It is a time of intimacy and reconciliation that could only be dreamed of a few years ago. And, for this living, breathing reality, the Rose family is grateful each day.