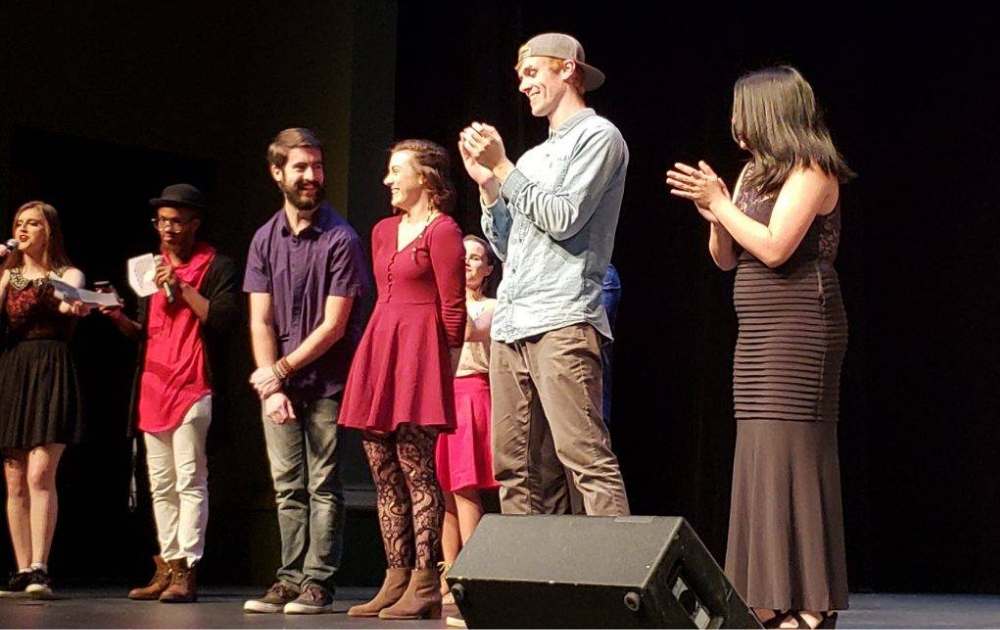 On Saturday, February 23, Regent University’s Student Activities Board (SAB) hosted their annual “Regent’s Got Talent” show on campus in the Main Theater.

Golden explained that she and Smith had worked together in the past and believed that prior experience helped make their performance work well. She said she was feeling “really good” about their act and that it was “unexpected [and] a lot of fun.”

The upbeat swing dancing duo of Jackson Baugus ’21 (CAS) and CAS alumna Jessie Wollum had the audience on their toes with their quick foot work and multiple lifts.

Elisa Cortez ’21 (CAS), head of entertainment for SAB, expressed excitement over the variety as well as the large turnout for the event. “I really hope that everyone has a lot of fun,” she said. “I hope everyone in the audience enjoys it as much as I have.”

Audience member Ginger South ’20 (CAS) remarked how the show was “…diverse across topics and genres and very unified because they’re all performing from a deep part of the soul,” and added, “I’m getting chills after every performance.”

Regent’s Got Talent was a welcomed event that warmed the hearts of the student body, thanks to those who worked hard both on and off the stage to provide a show filled with quality entertainment.

By Isobel Nardone, Student Writer VIRGINIA BEACH, VA (March 3, 2021) - On February 25, 2021, Regent University had the honor of hosting Collegiate Day of Prayer, the oldest day of prayer in American history. This …

You’ve noticed that people of all ages come to you for advice and guidance. They tell you how much they like your calm manner and how well you listen. You know just how to challenge them while also motivating them. The real …

Deciding to go to law school is a big decision and a significant undertaking. Two of the most common questions people considering law school pose are, “How long is law school?” and “What is law school like?” We‘ll start with those …

Read More
How to Become a Teacher: Bachelor's in Education and Teaching-Degree Path

A career in education is rewarding and empowering as you engage students in learning about themselves and the world. Teachers educate children and adolescents about a wide range of subjects. The general steps that lead to …

VIRGINIA BEACH, VA (February 11, 2021) – On February 25, 2021, Regent University will host the national Collegiate Day of Prayer. Thousands of campus ministries, churches and individuals will be adopting and gathering to …