More than 40 years ago, Dr. Robertson had a dream. That dream was to start a school, an institution of higher education, for God’s glory.

Fast forward and enter Regent University — a school with a lively campus, a diverse set of degree programs, and a body of students and alumni dedicated to being Christian leaders in a host of different fields and realms of influence.

As we sail past our 40thanniversary, we hope to take the opportunity to reflect on our “small beginnings” and the distance we’ve come since.

Cameras roll as Dr. Pat Robertson delivers an address to a past class of Regent University — then, CBN University — on the steps of the Administration Building. 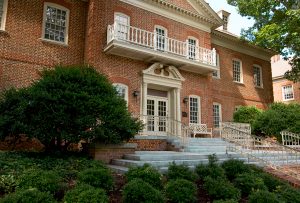 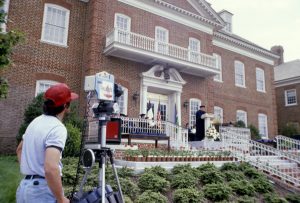 A Little Brick Goes a Long Way. Cranes lumber over a barren patch of dirt that now serves as a brick-paved plaza for the Library and Robertson Hall. If it’s a pleasant day, chances are you’ll see some students out there soaking up the vitamin D. 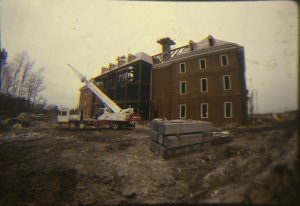 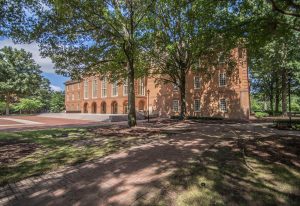 What was once an empty shell of brick metal framework now houses a plethora of books and research materials. 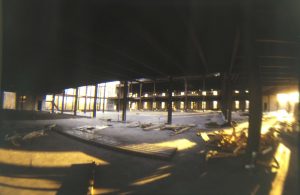 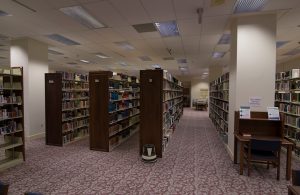 While most of the imagery in these two shots contrast, nothing has changed about the brass chandelier that serving as centerpiece for each. 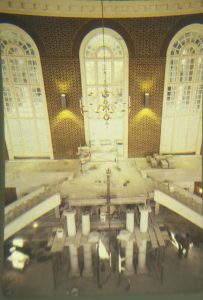 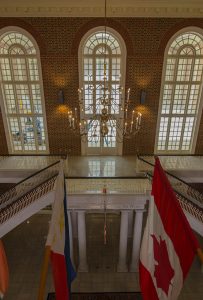 A Row of Arches

Below a second-floor balcony, workers construct arches flanking the Library’s first-floor entrance from within its partially completed lobby. More workers would install window panels underneath them. 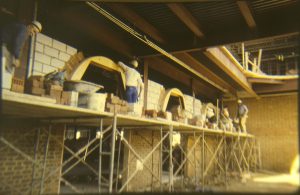 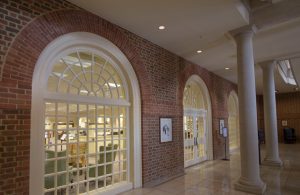 The Atrium from Above

It’s still the same room, just from a lot higher. This shot from a lofty perch in the Library lobby reveals a glimpse of the atrium in an unfinished state. 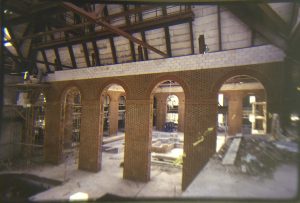 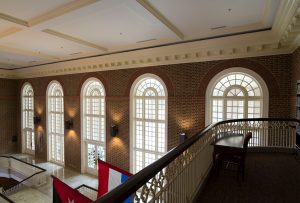 A Place for Flags

Bare of flags, bricks, or any frills of the sort, the skeletal structure that is the Library lobby embodies the term “bare bones.” 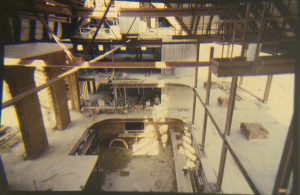 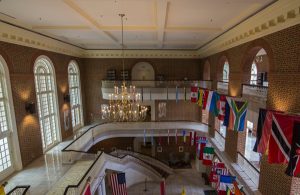 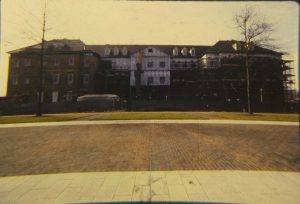 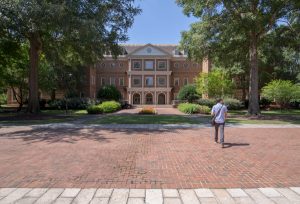 This side of Robertson Hall now faces a parking lot. Cars and asphalt occupy what a simple patch of dirt did then. In the distance, one of the Library’s corners protrudes into the frame. 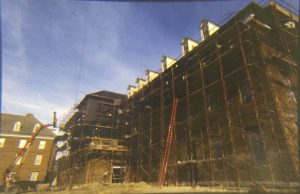 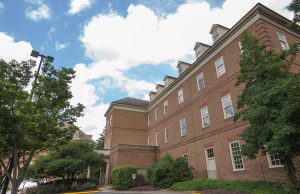 The Sidewalk to the Future

Construction workers put finishing touches on the building. The sidewalk in the foreground metaphorically etches towards the area of campus where buildings, such as the Communication Building and the Commons, would stand much later. 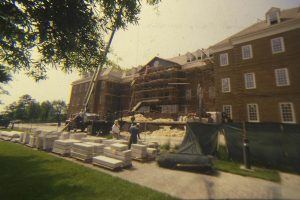 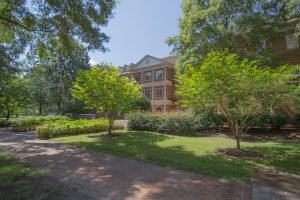 By Isobel Nardone, Student Writer VIRGINIA BEACH, VA (March 3, 2021) - On February 25, 2021, Regent University had the honor of hosting Collegiate Day of Prayer, the oldest day of prayer in American history. This …

You’ve noticed that people of all ages come to you for advice and guidance. They tell you how much they like your calm manner and how well you listen. You know just how to challenge them while also motivating them. The real …

Deciding to go to law school is a big decision and a significant undertaking. Two of the most common questions people considering law school pose are, “How long is law school?” and “What is law school like?” We‘ll start with those …

Read More
How to Become a Teacher: Bachelor's in Education and Teaching-Degree Path

A career in education is rewarding and empowering as you engage students in learning about themselves and the world. Teachers educate children and adolescents about a wide range of subjects. The general steps that lead to …

VIRGINIA BEACH, VA (February 11, 2021) – On February 25, 2021, Regent University will host the national Collegiate Day of Prayer. Thousands of campus ministries, churches and individuals will be adopting and gathering to …