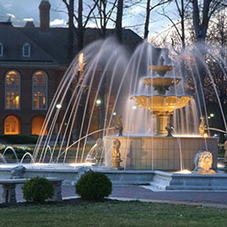 At the close of the 2015-2016 Moot Court competition season, Regent University School of Law ranked fifth in the nation for Best Moot Court Program by the annual report of the University of Houston Law.

This year’s ranking follows the eighth-place Regent teams earned during the 2014-2015 competition season. The data is pulled from more than 200 law schools in the United States accredited by the American Bar Association (ABA).

The rankings are listed annually, and according to LAW Dean Michael Hernandez this ranking ties the university’s highest-ever – having achieved the same ranking in 2008.

“This ranking, yet again, confirms what our track-record of over 20 years reflects,” said Hernandez. “Our top-notch skills program is consistently one of the best in the nation and around the world.”

Professor Tessa Dysart, who served as the Moot Court faculty advisor for the 2015-2016 academic year, attributes the success of the program to several factors:

“First, it’s the hard work of the students. They put countless hours into preparing for these competitions, and it really showed this year!” said Dysart. “Second, the contribution of the faculty. We won several brief awards this year, which speaks well of our excellent legal writing program.”

Additionally, Dysart said the success of the teams was guided by the work of several faculty members who volunteered to coach teams, as well as support from the central university. This is especially important, as Regent students interact with members of teams and faculty from competing schools as well as local attorneys and judges.

“By being so well-prepared and demonstrating excellence at the competition, we show what a great legal education program Regent offers,” said Dysart.