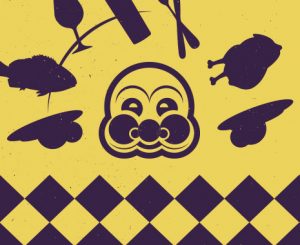 Regent’s School of Communication & the Arts (SCA) professional-in-residence and director for the production, Michael Hill-Kirkland, says the term “slapstick” hits “the nail on the proverbial head” in terms of describing the show.

“But how deeply does it drive that nail? I’m happy to report, Goldoni’s piece is so much more,” said Hill-Kirkland.

According to Hill-Kirkland, the production is a “mashup” of 18th-century dell’arte and 21st-century popular culture, drawing in a “pinch” of Bugs Bunny and a “dash” of Abbott and Costello.

“Bringing this piece to the stage has been one hilarious non-stop party. Now you are invited! Join us as the rich Venetian merchant, Signore Pantalone dei Bisognosie, celebrates the engagement of his daughter, Clarice, to the son of a prominent Venetian lawyer, Dottore Lombardi,” said Hill-Kirkland. “As you might have already suspected – the formal dinner before the food fight!”

Learn more about Regent University’s School of Communication & the Arts and upcoming productions for the 2017-2018 Regent Theatre season.