Pride and Prejudice, Jane Austen’s 1813 novel, is about love, humor, and the complex game of courtship played by rich and poor alike in 18th and 19th century England.

From January 17 to February 4 at Wells Theatre Stage, a venue nestled in the heart of downtown Norfolk, Virginia, students and an alumnus from Regent University’s School of Communication and the Arts (SCA) and School of Law performed in the Virginia Stage Company’s (VSC) on-stage rendition of Pride and Prejudice.

“This was a wonderful first opportunity to work in an equity-level theatre,” said Jahmeel Powers ’18 SCA, one a several Regent students performing in the production. “Being able to learn so much about how working with equity-type actors really opened my world up to seeing how to work as an actor professionally.”

Powers explained he felt both equipped and confident in his role as Ensign Denny having recently finished a class that had lessons pertaining specifically to the cultural norms and traditions in Pride and Prejudice. 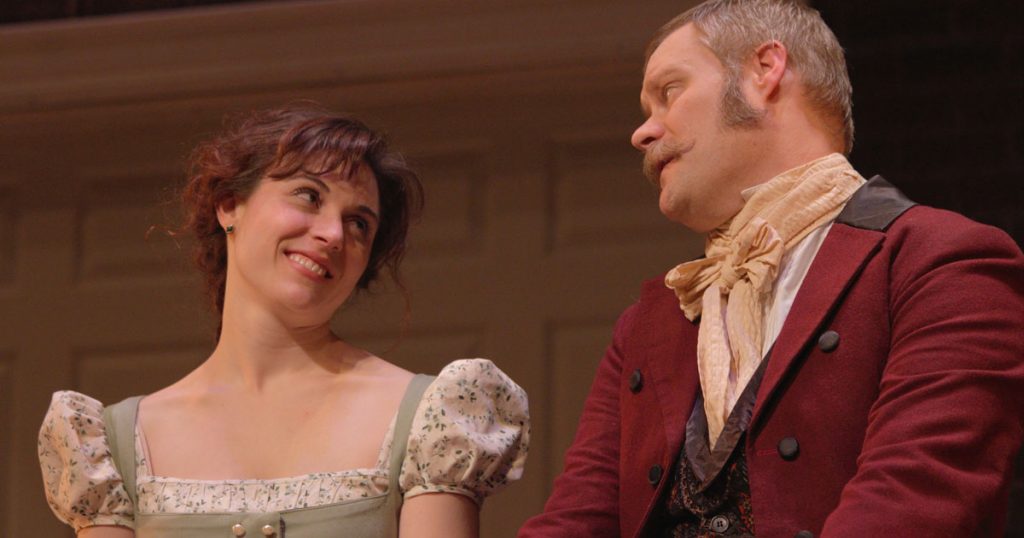 “I think without that foundational knowledge, I would’ve been at a huge disadvantage in trying to establish my role within the world of the play,” Powers said.

He added that opportunity to “work with a cast of such high caliber of talent, professionalism, and dedication to putting up high quality work” was one of his personal highlights.

“Pride and Prejudice was great fun because you had the opportunity to just dive into this very fascinating world … with these great characters, and also travel back in time to the early 1800s,” said Clemens.

Clemens currently works for VSC’s education program, touring and performing a one-man show. Although Pride and Prejudice is one of many performances he’s done outside of Regent’s theatre department, he praised his alma mater’s theatre program.

“I think there were many aspects of the training and various lessons from the teachers that have stayed with me,” he said. “The experience of the training was so helpful to everything that I’ve done in theatre thereafter.”