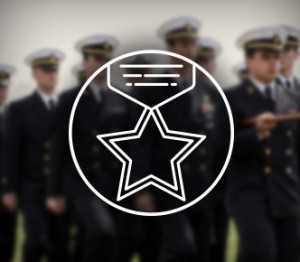 This was Regent’s second year in a row receiving this distinction.

Senior director of traditional and military admissions and United States Army veteran Bob Habib said this is not only a great honor, but a testament to Regent’s continued commitment to students.

“We hope to continue to make all of our programs accessible to all members of our community, especially those who are military affiliated, as our vision and mission are in direct alignment with those of all the military services,” said Habib.

Each year, Military Times releases its “Best for Vets” rankings by “[evaluating] the many factors that help make colleges and universities a good fit for service members, military veterans and their families,” according to a press release from the organizations.

More than 500 universities nation-wide participate in Military Times’ detailed survey evaluating the benefits of each institution. The recognition for Regent comes shortly after the launch of its on-campus Military Resource Center (MRC). The MRC offers support for military affiliated students and their families, who make up more than 28 percent of its current student body.

It also follows the university’s recent implementation of Green Zone training, to bring awareness from the perspective of military members to employees on campus.

Additionally, in early November, Regent earned several other distinctions for its excellence in programming and support for its military affiliated students and their families.

Regent was also among a Military Friendly® Schools designation from Military Friendly®, a division of Victory Media, chosen among higher-education institutions as “exhibiting leading practices in recruiting and supporting post-military students.”