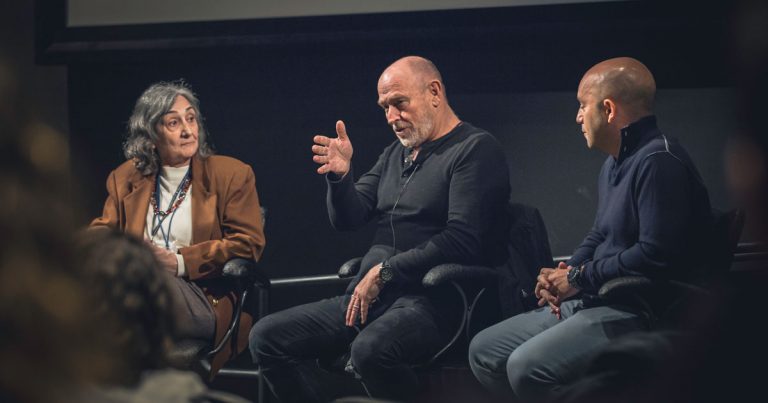 Following a successful collaboration on the 2016 movie, In-Lawfully Yours, Regent University has once again partnered with Corbin Bernsen and his production company, Home Theater Films, to produce the new feature film, Mary for Mayor, that is currently shooting in Hampton Roads.

Mary for Mayor is a family film about a high school student who decides to run for mayor against her father. Corbin Bernsen (L.A. Law, PSYCH, Major League) will produce and co-direct alongside Chris Aronoff (In-Lawfully Yours, Family Weekend). Bernsen also co-wrote the film with Sean Gaffney (In-Lawfully Yours) and Aronoff. Starring in the film will be Bernsen, Cameron Protzman (Mad Men) and Amanda Pays (Oxford Blues, Leviathan, The Flash). James Greilick (25 Hill, Life with Dog) and Jordan Smith (25 Hill, Life with Dog) will also produce.

The film marks the second collaboration between the production company, Home Theater Films, and Regent University. The partnership provides Regent students with the opportunity to be involved in the production process and receive hands-on training alongside industry professionals. More than 40 students are expected to be involved.

Regent enjoyed great success on multiple levels with its first co-production with Bernsen, In-Lawfully Yours, which also starred Chelsey Crisp and Marilu Henner. Students played a major role in ensuring a smooth, locally-filmed production while gaining a unique knowledge about the inner workings of a professional film and earning course credit along the way. In-Lawfully Yours was released on Netflix in 2016.

As with the first joint venture, Regent students will play a vital role in the production of Mary for Mayor, with the potential to expand into more key positions such as screenwriting, cinematography, direction, wardrobe, hair and makeup, and set design. Additionally, the project will include several actors from Regent’s film and theater department providing leading and supporting roles in the film.

Learn more about Regent’s School of Communication & the Arts.

View All
Heading to School? Check Out These 7 Tips for How to Stay Safe on a College Campus

Wondering how to stay safe on a college campus? Fortunately, Regent University is ranked the #1 Safest College Campus in Virginia by YourLocalSecurity/Safe Streets, an ADT-authorized provider. Regent is also …

VIRGINIA BEACH, VA (July 1, 2022) – Today, Regent University appointed Michael W. Allen as its new Director of Athletics. Allen will oversee 11 NCCAA Division I sports, and all coaches and staff in the Regent Athletics …