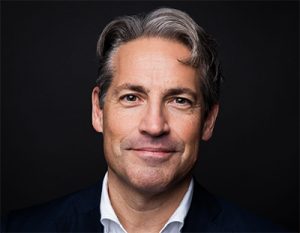 Virginia Beach, VA (March 6, 2020) – Regent University is pleased to announce internationally renowned author and speaker Eric Metaxas as its 2020 commencement keynote speaker. The ceremony will be held on Saturday, May 9 with an estimated 2,200 undergraduate and graduate degrees expected to be conferred.

“We look forward to welcoming Eric Metaxas to Regent University,” said Dr. M.G. “Pat” Robertson, founder, chancellor and CEO of Regent. “It will be wonderful for our graduates to hear from such an exemplary Christian leader who has impacted the world for Christ.”

Metaxas is the author of numerous No. 1 New York Times bestselling books, including Martin Luther, If You Can Keep It, and Bonhoeffer, and his books have been translated into more than 20 languages. Bonhoeffer has been featured by national news outlets, and has been ranked No. 21 on Amazon’s “Most Highlighted Books of All Time.”

In addition, Metaxas has authored several children’s books, written for VeggieTales, and served as a commentator for national news outlets. He also hosts the Eric Metaxas Radio Show broadcast across the United States.

Metaxas is a distinguished speaker, having presented to audiences including the National Prayer Breakfasts in both the United States and Canada, and he has served as the moderator for many political debates.

Metaxas is a graduate of Yale University and holds honorary doctorate degrees from Hillsdale College, Liberty University, and Sewanee: The University of the South. He has received the Canterbury Medal by the Becket Fund for Religious Freedom. Metaxas and his wife were also awarded the “Great Defender of Life Award” by Human Life Review.

Metaxas resides in Manhattan with his wife and daughter, where he is also a senior fellow and lecturer at the King’s College in New York City. To learn more about Eric Metaxas, visit ericmetaxas.com, Facebook.com/ericmetaxas, or Twitter @ericmetaxas.

Get more information on the 2020 Regent University Commencement Ceremony.

Founded in 1978, Regent University has nearly 11,000 students studying on its 70-acre campus in Virginia Beach, Virginia, and online around the world. The university offers associate, bachelor’s, master’s and doctoral degrees from a Christian perspective in 135+ program areas including business, communication and the arts, cybersecurity and technology, divinity, education, government, law, leadership, nursing and healthcare, and psychology. Currently, Regent University is ranked among top national universities by U.S. News & World Report and is one of only 23 universities nationally to receive an “A” rating for its comprehensive liberal arts core curriculum. In its 2020 “Best Online Programs” rankings, Regent University’s College of Arts & Sciences (CAS) again scored #1 for “Best Online Bachelor’s Programs” among Virginia schools, the eighth year in a row that Regent has earned the top position. The university also earned its 10-year reaffirmation of accreditation from the Southern Association of Colleges and Schools Commission on Colleges, the highest level that a university can be awarded from that organization.