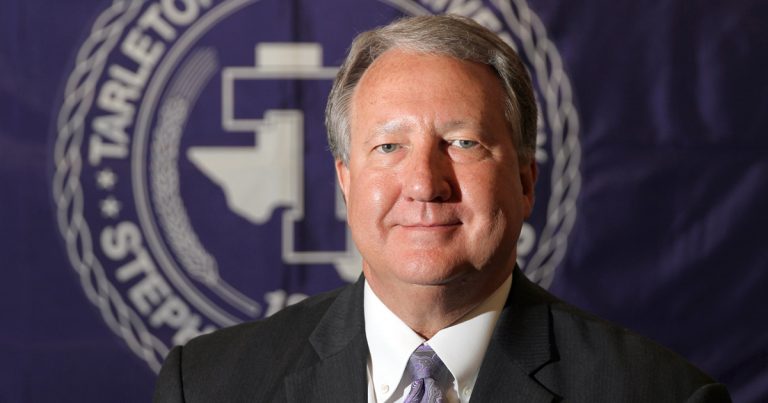 “It’s a wonderful privilege to be able to serve the university in this capacity,” said Richardson.

Richardson began working at Tarleton in 2009 as the vice president for Institutional Advancement. For the last three years, he’s also served as a faculty member, teaching business law.

“It was a privilege, when called by President Dottavio, to serve in an interim capacity for this job,” Richardson said. “I oversee an incredibly talented staff and leadership team in the finance administration department. They, in large part, make it possible for me to assume this new role.”

During his previous post as Tarleton’s VP for Institutional Advancement, Richardson started breaking ground for students of his native state, quite literally.

He helped secure land for a new campus in Fort Worth, Texas. When it opens in the fall of 2019, Tarleton will be the first public institution offering residents of the area the ability to complete their undergraduate degree. Graduate and post-graduate on-campus degree programs will also be offered. 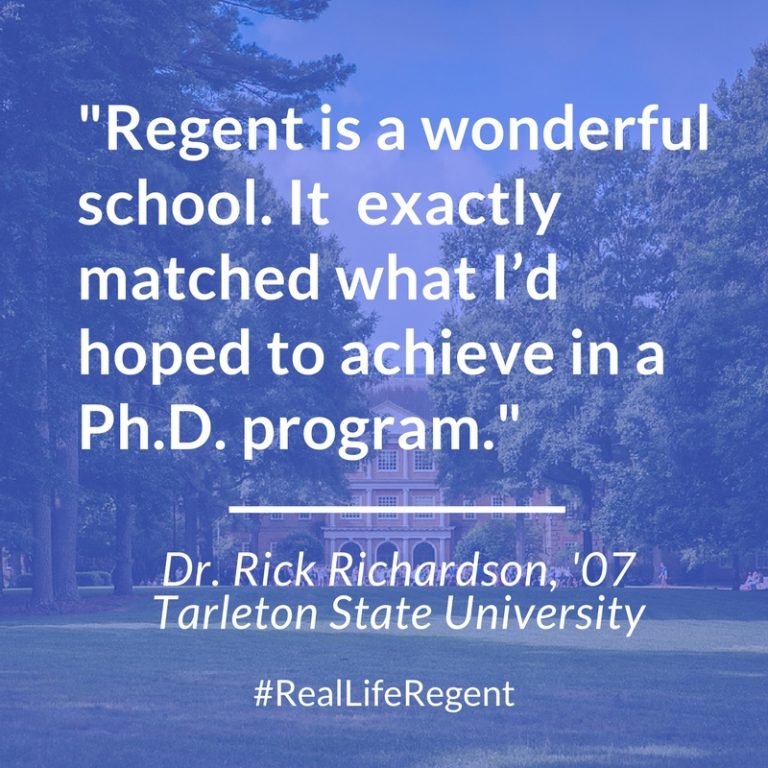 Richardson first “caught the bug” for working in higher education while lecturing at Baylor University. He later worked at Texas A&M Corpus Christi as both an adjunct professor and director of development.

“I’d always wanted to get into higher education,” he said.

Throughout his professional career, Richardson has postured himself as a servant leader.

“Put [student’s] needs over your own,” he said. “Think of it from a perspective of how can you help this person accomplish what their goals are, and to make their dreams a reality.”

“I’ve found that, as a professional, I’ve been more impactful in a positive way when I do that,” he added.

Regent’s doctorate of organizational leadership degree — which he came to find while searching for a flexible Ph.D. program in his area of interest — reinforced this approach.

“It was a wonderful school, a wonderful educational opportunity … It just exactly matched what I’d hoped to achieve in a Ph.D. program,” Richardson said. “I’ve been able to continue to employ what I learned at Regent in the doctoral program to every position I’ve had since then.”