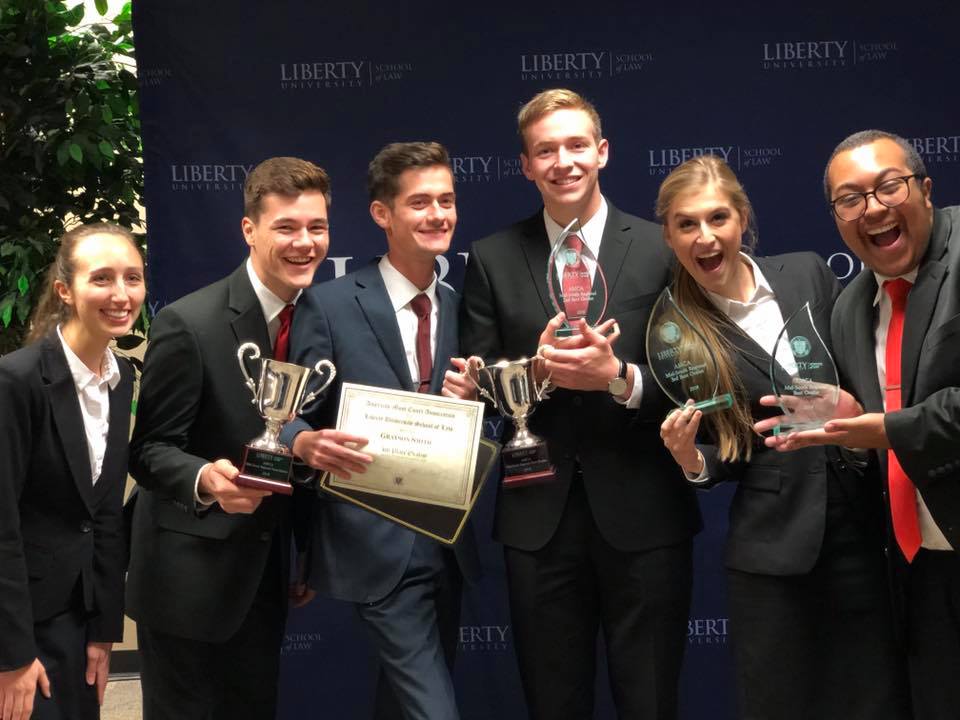 For the first time, all three teams RUDA sent to a regional tournament advanced to nationals.

“This is a great success for Regent Undergraduate Moot Court,” said College of Arts & Science professor, Dr. Nicholas Higgins. “These students have been practicing for two months and their hard work and diligence was rewarded.”

Showcasing their ability to debate and compete against other students from the College of William and Mary, the University of Virginia, Patrick Henry College, Liberty University, University of Georgia, University of Maryland-Baltimore County, and James Madison University, individual students on RUDA teams claimed the top four Best Oralist awards.

“It was great to see all of our hard work over the past two months organically develop into strong arguments,” said Matthew Ferri ’19 (CAS), who was awarded second in the Best Oralist category. “It was incredible to watch our teams continuously move on in the elimination rounds.”

All three RUDA teams will travel to Orlando, Florida, in January 2019. There, they’ll compete with 80 other “elite” teams in AMCA’s national tournament said Higgins.

At the AMCA national tournament last year, the three RUDA teams present made “Regent History” when they all advanced to elimination rounds.

Never before had all RUDA teams advance at a national tournament.

In total, 404 undergraduate moot court teams from around the country competed last year. As with this season, only the top 80 received the “coveted bids to the 2018-19 Championship Tournament,” according to AMCA’s website.