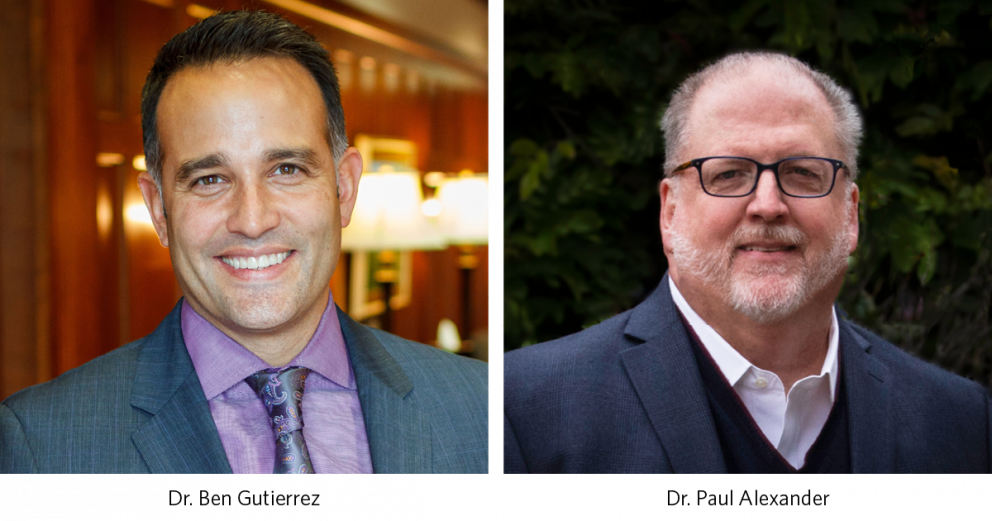 Although Lancaster Bible College (LCB) and Hope International University (HIU) are thousands of miles apart, both will have alumni with the same degrees from the same place — Regent University — serving as presidents of each come fall.

“I am excited to serve LBC in my role as the sixth president and feel that I am sufficiently equipped to lead this fine institution because of the exceptional academic and leadership training I received at Regent University,” Gutierrez said. “I am proud to further Regent University’s conviction of excellence in scholarship, passion for ministry, and devotion to the Word of God while at Lancaster Bible College/Capital Seminary & Graduate School.”

Gutierrez will step into his new role this fall. As of now, he works as a professor in Liberty University’s School of Divinity. He has also led in numerous other roles not only Liberty but at churches throughout the east coast and the Midwest.

“Being named president at HIU was thrilling and humbling,” Alexander said. “I have felt the call of the Lord for some time and am so pleased that the Board of Trustees felt a similar sense of calling and affirmation as they prayed about the decision.”

Alexander has served as HIU’s vice president for academic affairs since 2010. Before that, he worked as chair of the Department of Social and Behavioral Science for Pacific Christian College of HIU, professor of Psychology and Leadership, director of Distance Learning, and director of the Center for Leadership Learning for HIU. He graduated with a M.A. in Marriage and Family Therapy and a B.A. in Church Growth, from the university.

Excited at the prospect of helping develop leaders for not only the church but the world beyond, the traits he expressed he intends to instill are ones Alexander personally holds in high regard.

“As an alum from Regent in Organizational Leadership, I have always been keenly aware of the impact, good and bad, leaders have on an organization,” Alexander said. “While at Regent, I learned the importance of fundamental intentionality. One must be thoughtfully intentional everyday about his or her decisions to lead people in a Christ-like fashion for the good of the followers and the organization.”

“My hope,” he added, “is that we hit that mark stronger than ever sending more world changers into society to make a real difference for good and for the sake of the kingdom.”