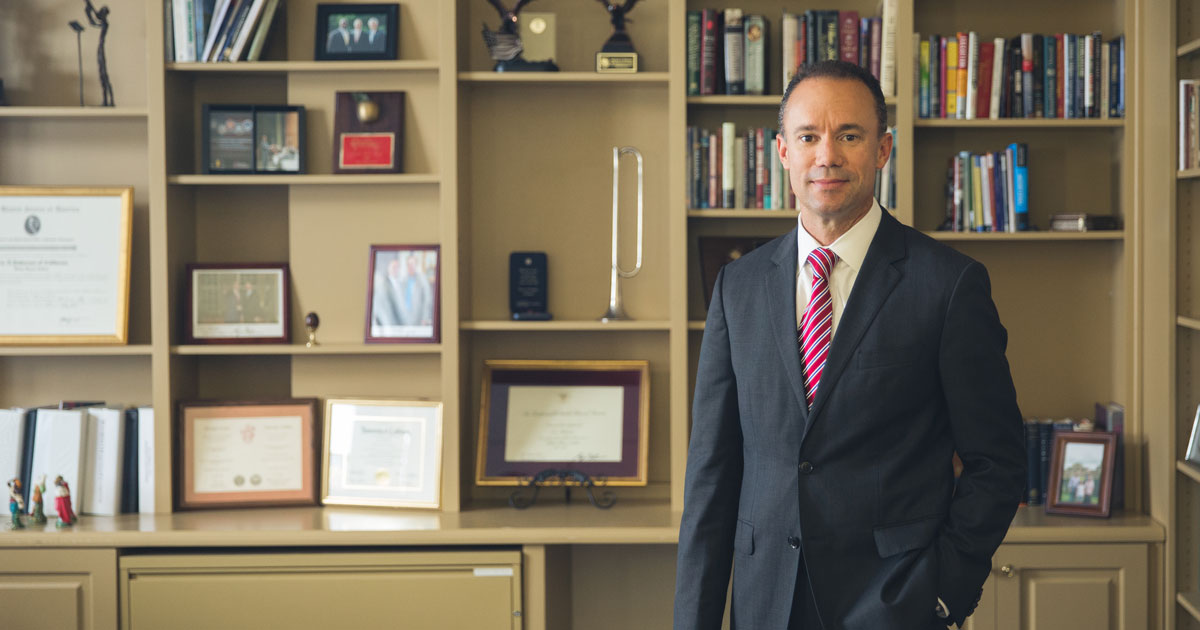 For hundreds, if not thousands of years, philosophers, thinkers and theologians, from St. Augustine to Aristotle, have speculated on the nature of war and the people engaged in it.

Thanks to various scholar’s efforts, including those of Regent University’s Robertson School of Government Dean Eric Patterson, some of these musing have been captured in a new book titled Philosophers on War.

Dean Patterson, one of the book’s editors, and (Ret.) Col. Kieth Pavlischek, one of the writers featured in the book, discussed the work at the book’s launch on Tuesday, March 20.

According to Patterson, each chapter consists of a contributor’s critical examination of a classical western thinker’s philosophies on humanity and conflict.

“The chapter on Aristotle’s view on slavery … that type of view gives you a different view of what’s allowable in war and peace,” Patterson said.

In his chapter, Pavlischeck expounded upon John Calvin’s beliefs that Christian magistrates are held responsible for protecting those under their jurisdiction, even if force is necessary, and that unjust magistrates and rulers should be removed from power.

“What Calvin had to say, I think, is very instructive,” Pavlischeck said. “[He] was very influential into the 18th century, particularly at the time of the American revolution.”

“We come from this tradition that believes that some people have a responsibility to protect the weak, and that justice is very important and that Christians can serve in law enforcement or in the military or in public life to do three things,” Patterson said. “[To] prevent wrongdoing, punish wrongdoers, or right a past wrong.”

“This kind of thinking now is actually part of our DNA in the United States and our closest allies,” he added. “It comes from some Greco-Roman thought … but also from Christian thinkers, like Augustine and others.”