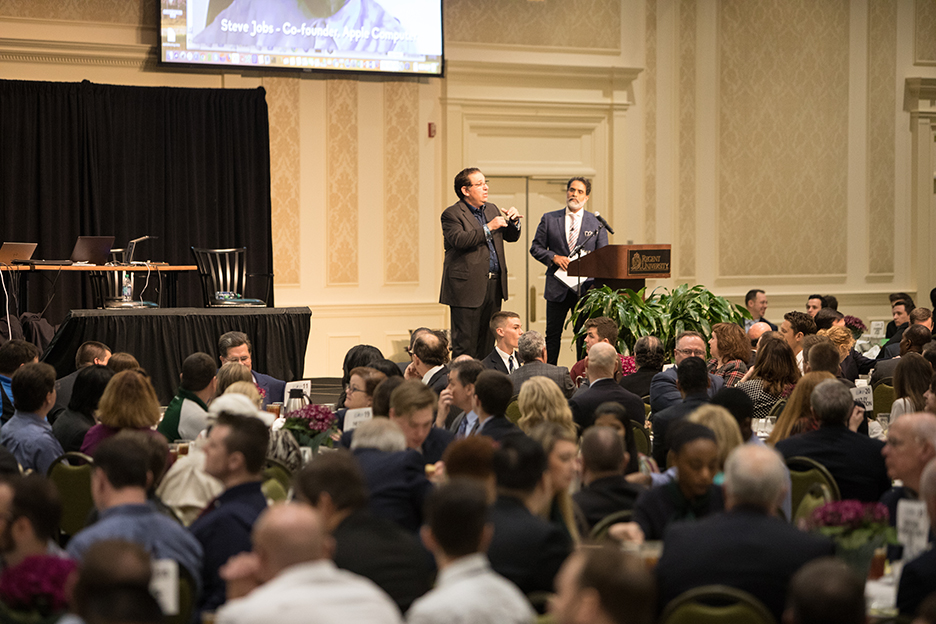 It all began in a magic shop.

Kevin Mitnick, CEO of Mitnick Security Consulting and chief hacking officer of KnowBe4, watched the salesclerk’s sleight of hand and was fascinated.

In high school, he learned a new type of magic: phone phreaking. Through this, Mitnick took a much more sophisticated flair to the more typical youthful pranks, and performed “phone magic” by rerouting his friends’ phone lines to payphones or prisons.

An obsession was born, however, when Mitnick created a program that stole his high school computer teacher’s password – an impressive feat that was matched, not with contempt, but with praise.

“This was the ethics taught to a young Kevin Mitnick,” said Mitnick. “Hacking is fun!”

He shared how he took the “fun” of hacking to extraordinary and, at times, comedic levels as he recounted his early hacks. He completed his all-time favorite mission as a 16-year-old, controlling the speaker for a McDonald’s drive-thru window.

He’d tell customers their meals were free, or even suggest others make a healthier meal choice, watching the calamity ensue from across the street.

His hacks took a more a serious turn a year later when he decided to “wiretap the wiretappers” at the National Security Agency.

His hacks, which to Mitnick were born simply out of an adventurous spirit and a hunger for an intellectual challenge, eventually landed him among the FBI’s Most Wanted. In 1995, he was sentenced to five years in prison.

“It’s like if Pablo Escobar became a pharmacist,” he said.

Mitnick performs his service to the public with his live hacking demonstrations. With just a few gadgets, Mitnick showed the event’s more than 600 attendees how a hacker could break into company computers using phishing techniques, even going so far as to spying on victims via their own built-in webcams.

He demonstrated how he could break into any secured building by replicating a volunteer’s key card in real time. He also showed how he could access another volunteer’s personal information – as intricate as former addresses, social security numbers, phone numbers – in a matter of seconds.

When he was in his early days of phone phreaking or drive-thru mischief, he never imagined his career would take the turn that it has. As an author and public speaker, he finds great purpose in “solving the puzzle” of helping companies and individuals alike secure their data.