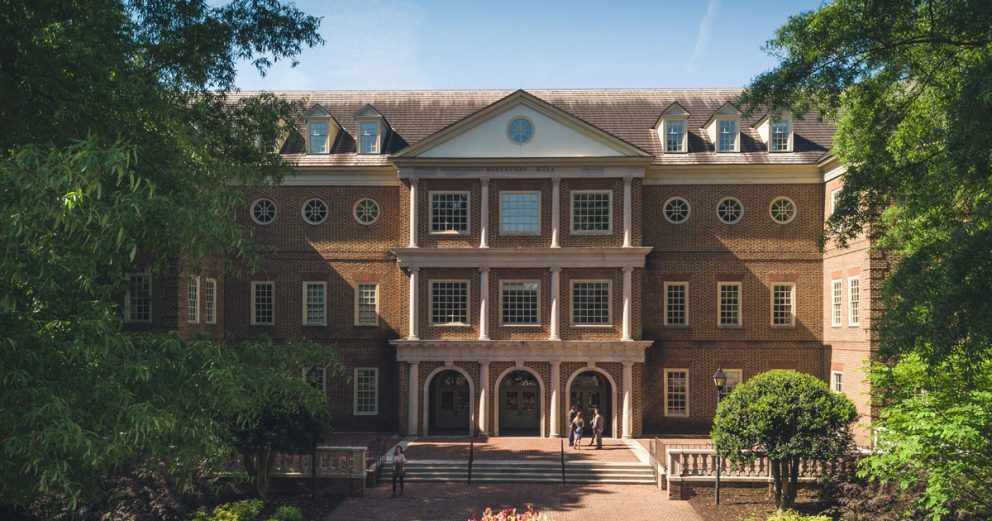 There are more slaves in the world now than there has ever been in history — roughly 45.8 million. For some, that’s 45.8 million too many.

The first provided an overview of the causes of human trafficking and the forms it takes both domestically and internationally — a bird’s eye view of sorts. The second took a closer look at the difficulties in combatting the issue locally.

He believes human trafficking stems from a “basic problem about the way we see human beings.”

“[Human trafficking] reflects the depravity of the human heart … that’s part of what takes place in human trafficking,” he said. “The other thing is, I think this can only occur in every form human trafficking, because people view others … as objects, to be used, to be bought, or sold.”

Among various social and economic issues, LAW alumna Sarah Breyer ’16 discussed how “cultural attitudes” toward people like women and children are a chief issue as they create an environment in which human trafficking thrives.

Her organization, Shared Hope, drafts a report in which each state in the United States is evaluated on its anti-human trafficking policy and laws, and provides a recommendation of positive steps law and policy makers can take.

They also equip ambassadors to educate others about the dangers of human trafficking and how to not only recognize it, but also to protect their community from it.

Aside from those, Laderer said 45 percent of trafficking victims attempt suicide, five times the rate of the national average.

“I want to orient you guys to the prosecution of sex crimes in general,” said Gallaher. “If you don’t understand that dynamic, you’re not gonna understand sex trafficking.”

“These types of cases really do have difficulties involved, even more so than a regular sexual assault one,” said Alleman, sharing experience from a 15-year career as a prosecutor working human trafficking cases. “Sexual assault cases are the most difficult to try as a prosecutor.”

As a prosecutor, Alleman said one of the greatest challenges he’s faced in these cases is the argument that a suspect’s actions were consensual.

Sometimes traffickers control their victims with fear and manipulation according to Alleman — manipulation to the extent that many sex workers and trafficked women involved in the cases he handled, defended their exploiters in court.

And sometimes, the money to be made, or the temporary and feigned affirmation pimp’s often offer, entice some to willingly become sex workers.

Regardless of their reason for entering the horrific industry, all “just want someone to say, ‘You’ve got value,’” said Alleman.

As a local combatant of human trafficking, Ebony Velasquez, the Human Trafficking Task Force coordinator for the Office of the Attorney General in the Commonwealth of Virginia, shared her experience working on the homefront in the Hampton Roads area.

Areas such as this, which experiences relatively heavy tourism and travel — Hampton Roads has an international airport and the third largest shipping port on the east coast — are prime targets for traffickers, Velasquz said.

“[Human trafficking] destroys a sense of community; it destroys quality of life in that community,” said keynote speaker and School of Law professor Kathleen McKee.

She compared the dilemma to, “a puzzle that doesn’t come with a picture on top.”