Regent Nursing School Student Will Graduate With Her Twin Daughters 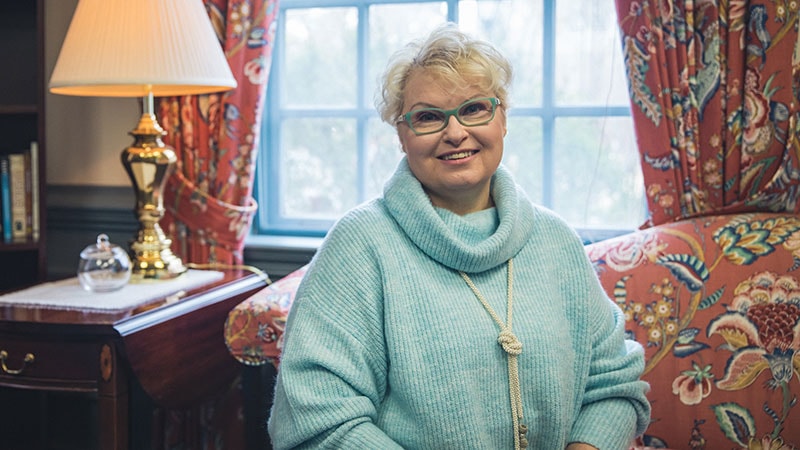 She made pasta at an Italian restaurant to fund nursing school when she was younger. She prioritized homeschooling her five children while working night shifts as a nurse. Finally, 29 years later, she dove in head first to earn her RN to B.S. in Nursing at Regent University.

“Now, it’s my turn,” says Kandi Puder (SON, ’20). In May 2020, she will participate in Regent’s commencement with her twin daughters, Hannah and Emily.

It will be a proud day.

“It’s a celebration for all of us,” says Kandi about her family. “God is good and faithful, and it gives me hope for the future.”

A Vision and a Commitment

Kandi believes God placed five desires in her heart when she was a little girl, even before she was saved – marrying a pastor, having a large family, she had an innate knowledge that she would have a pair of twins, nursing, and traveling. She did marry a pastor, who, like her, is from Minnesota. Committed to raising their family for the Lord, they wrote on a piece of paper a list of things they wanted their children to be like by the time they were 30. They committed that list to the Lord.

“My husband always said, ‘Children are a gift from God, and what we do with them is our gift back to Him. And it was our heart’s desire to give God a gift He could use,’” says Kandi.

Twenty-nine years later, Mr. and Mrs. Puder are witnessing their investment coming to fruition. Four of their children have studied at Regent University and are pursuing their passion for media arts. In addition, their twins are in the M.A. in Law program at Regent’s School of Law. And in 2019, their oldest daughter gave them a cherished gift – their first grandbaby.

“I committed myself to raising my children,” says Kandi. She worked the night shift as a labor and delivery nurse and turned down opportunities to be the charge nurse till her youngest was in high school. Now, she says, it’s her turn. Her time to focus on what she put on hold.

Kandi grew up believing she didn’t have what it took to pursue nursing. As a child and an adolescent, she lacked emotional support for the venture. So, she studied home economics and early childhood development instead and was led to the Lord by her roommate in college. On graduating, she went to teach at an Arab Christian school in Ramallah, the West Bank, where a shift took place. Kandi met midwives from Europe who “ignited” something in her – all she wanted to do after that was to work as a labor and delivery nurse.

On returning home, she enrolled in nursing school and met her husband during the program. After graduating, she simply walked into a community hospital in Rochester, introduced herself, and asked if she could work in their labor and delivery ward. It was an unusual question, as, at that time, you needed to work for at least two years in medical-surgical floor nursing before even being considered for labor and delivery. But the response she received was even more unusual – “yes.” And that’s what Kandi has done for the last 32 years.

“Write down your vision, and do what it takes to make it happen.”

Once she had children, Kandi began taking night shifts, so that she could be home during the day. But after her children graduated from school, her career took on a higher priority. She currently works in obstetric triage and has seen God open many doors over the years for her to intervene in difficult situations. The first time she cried aloud to Jesus was when a baby had shoulder dystocia and the doctor was visibly panicked. God gave her the wisdom and strength to help with the complication, leading to a successful delivery. The doctor later told her that moment saved his career, thanking her for crying out to God.

Kandi was also able to intervene in a case of trafficking and not only help save the victim who had come to the hospital but also lead her to the Lord. She views each new life as a gift.

She had been wanting to pursue a BSN degree for a while and decided to take the plunge when Regent started offering nursing programs. 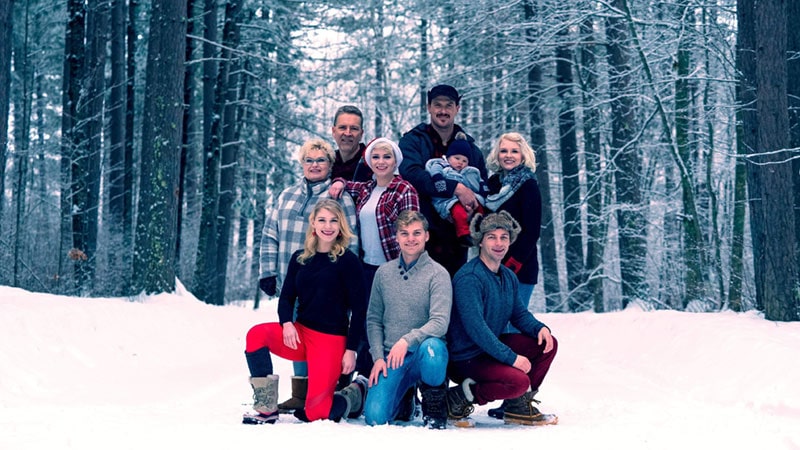 “The man and the mission,” drew Kandi to Regent. “Pat Robertson had a dream, and when you set foot on CBN, you see what God has done,” says Kandi. She sees Dr. Robertson as a role model who pursued his vision to raise Christian leaders through Regent University. It is what made Kandi and her husband send their children to Regent, and when the university began its nursing programs, it was an obvious choice for her.

Kandi acknowledges that the virtual classroom experience was a little challenging at first but the interactions she had with her professors made it a rich experience. They walked with her through the program, acting not only as professors but also as counselors and prayer partners, something she needed when she lost her mother and her father-in-law. “They have been there for me.”

An online program is what you make of it, says Kandi. “I went into it to ace it.” And ace it she did, defeating her own doubts that she wouldn’t be able to make it. She is now contemplating a master’s program, perhaps even a doctorate.

Kandi lives by the principle she taught her children. “Ever since we were kids, our mom always told that that whatever we could imagine, we could do,” says her daughter Hannah. She and her sister Emily are excited about sharing the commencement experience with their mother this year. “I’ve seen everything that she has gone through and all the sacrifices she’s made for us – it’s just very special to be able to celebrate her in May,” says Emily.

As for Kandi, there’s always another goal to be won. “There is so much more to be done – write, travel, teach couples how to parent. Write down your vision, and do what it takes to make it happen,” she says, fixing her eyes on the next milestone.

*Note: The video was filmed prior to COVID-19. To protect the health and well-being of our students and all in attendance, commencement will occur in a virtual environment this year.

This article was developed based on two interviews.