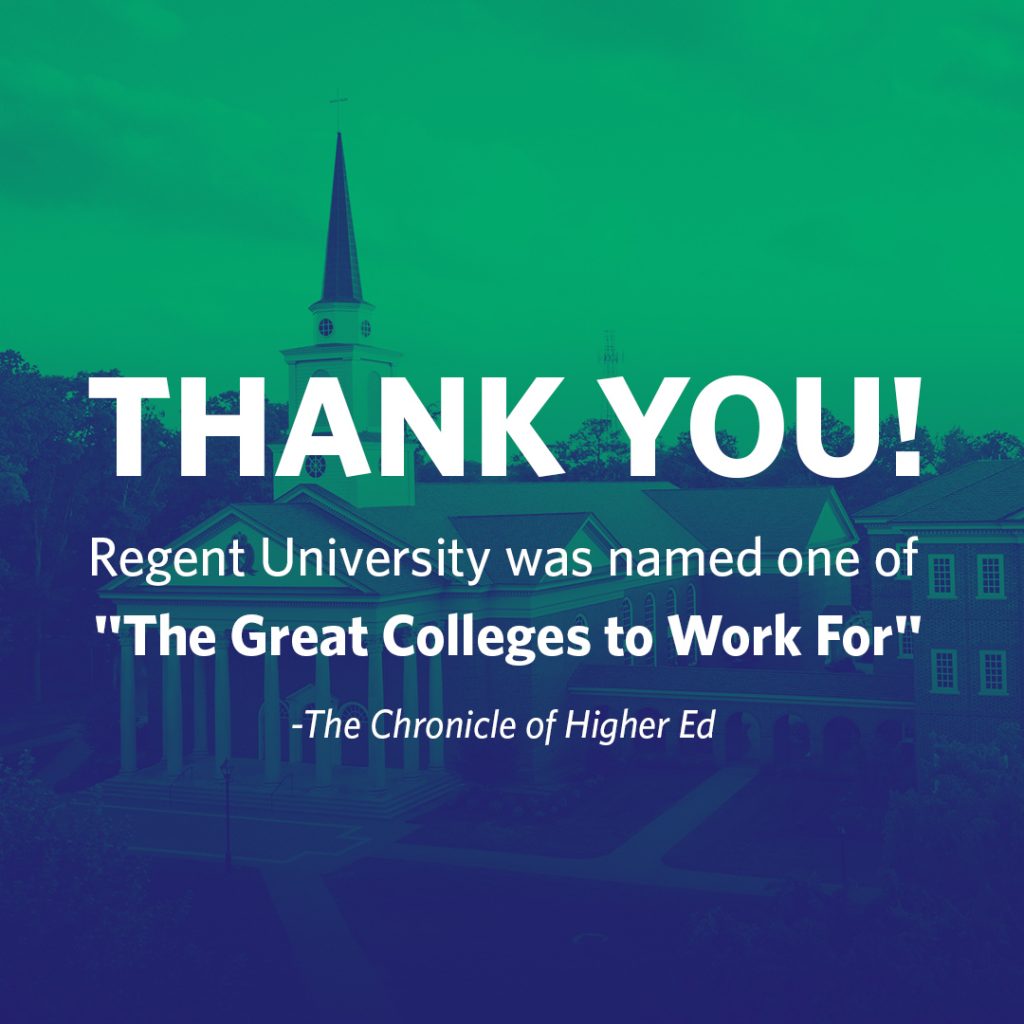 Thanks to the contributions of faculty and staff, Regent University has been ranked as a Great College to Work For® by The Chronicle of Higher Education. The results of the annual survey given to employees was released to the public on Monday, July 16.

This is the tenth consecutive year Regent has earned this distinction.

In the 2018 survey, Regent was named among the best in the categories of Facilities, Workspace & Security and Respect & Appreciation.

“It is an honor and a privilege to serve at a university with such notable accolades and accomplishments and recognitions,” said executive vice president of Regent’s Office of Academic Affairs, Dr. Gerson Moreno-Riaño. “Being named among The Chronicle of Higher Education’s 2018 list of Great Colleges to Work For® is a testament to the remarkable faculty and staff who serve Regent to their utmost ability in maintaining the university’s academic rigor, and ensuring our community is served with the love of Christ.”

According to a release from the publication, the results of this years’ survey was based on responses by 53,000 individuals from 253 accredited higher education institutions, both private and public, in the United States.

Martha Smith, vice president of Regent’s Office of Human Resources, attributed the school’s selection in the “respect and appreciation” category, as linked to the community’s appreciation and acknowledgement for each employee’s “God-given gifts and abilities.”

“At Regent, we truly respect and appreciate our employees,” said Smith. “Individual faculty and staff bring a wealth of diversity of gifts, abilities, talents and life purposes, yet we have unity in our common, over-arching corporate mission and purpose of preparing students for ‘Christian leadership to change the world.’”