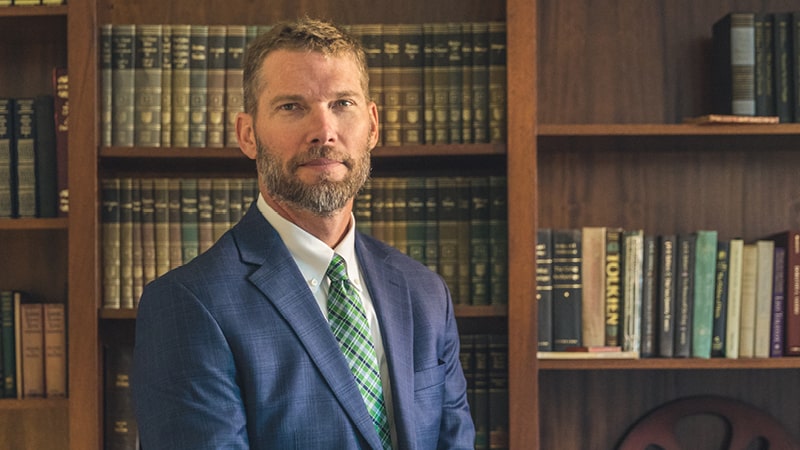 For most of his young life, Charles Martin (SCA ‘00), a New York Times’ best-selling author, had just one thing on his mind: football. As passion and talent for writing began to surface, he refocused on earning degrees in both journalism and communication, eventually teaching at a university. Along the way, an audacious dream kicked in. Could he take his place as a respected storyteller?

Although he wrote in high school and college, Martin says he “didn’t actually dream about writing a novel” until he was 27. “I was probably afraid to, because writing novels was what all those people in Barnes & Noble did … the ones with the ginormous faces on the wall. I would walk in there and be intimidated.”

Then one day, as he walked through the bookstore, he had a revelation about the authors on display: “They didn’t start out as them.” It was in that moment he thought … “‘I’ve been writing short stories forever. Why not just string them together and try a novel?’ So, I did. And, that book became The Dead Don’t Dance, which was my first novel.”

The Measure of Success

Martin has written 16 books (14 novels and two nonfiction). His books are published in 35+ countries and have been translated into 30 languages. “A couple of them hit the New York Times list … one was made into a movie … one is in the process,” he shares. His novel, The Mountain Between Us, was adapted into a major feature film starring Kate Winslet and Idris Elba. The film was released by 20th Century Fox in 2017.

When asked to talk about his success, however, Martin is quick to clarify, “… what you perceive as my success, right?” His view of success has shifted over time and is increasingly anchored in his understanding of what God values most: relationship with Him and concern for others above self.

At the top of Martin’s list of favorite “others” is his wife, Christy, whom he credits with putting him through grad school, among other feats of strength. Martin is also quick to express the joy of life with their three sons and the commitment of he and Christy to operate as a unified team.

“Treat writing like work. Plant your fanny in the seat, and get to work and write.”

The Reward of Being Tenacious

For most people, success doesn’t happen overnight. Martin can testify to that. He says the hardest part of getting to where he is professionally was pushing through the rejection: “Before I got published, my first book was rejected 86 times.” During the grueling journey, he came across an article about F. Scott Fitzgerald that motivated him to keep submitting his book, explaining that This Side of Paradise was rejected 126 times before it was picked up and adding, “So, that [126 attempts] was my marker.”

“Christy and I began sending out queries … 40 to 60 pages of my book with a cover letter … begging somebody to give you the time of day. We sent out over a hundred of those, and they all started coming in: ‘No, no, no,’” Martin explains. “I got 86 of those, so that was tough … but then it got picked up and published.”

His first book opened up the door to five more books with a publishing house in Nashville, which then led to bigger presses, more books and accolades including landing on the New York Times’ best-selling list and becoming a Christy Awards Book of the Year recipient.

From the outside looking in, it appears Martin has cracked the code on writing success. Yet, his quick to tell you, “I don’t know that I have,” adding, “I do know when I first got started in this business, one of my friends, who’s a really successful writer, said, ‘Charles, you’ve just got to treat this like business. Like if you went to work every day, you’d get up, you’d go to work every day. So, treat this like work — writing is work.’”

He says when he’s working on a book, there’s always this shift that occurs between getting thoughts and ideas on a page and the revisions that follow. “So, a lot of times, I’ll kind of spit it out on the page and come back to it later. I tend to sweat my books more than I write them, and I’m a better rewriter than writer,” he shares.

When he’s working on a manuscript, he’s “good about getting up early in the morning — like 3 or 4 a.m.,” because his mind wakes him up. He also says this is the best time for him to write: “The phone’s not ringing, no pinging emails … the house is quiet. I’ll write until 7 a.m., and by then, I’ve written as much as I would in a normal day … this frees me up to take care of the business side of things.”

As for any sort of winning formula, Martin says it’s this: “Treat writing like work. Plant your fanny in the seat, and get to work and write … even on days when the words don’t come and you’re just sitting there trying to figure it out. Be determined to get it done.”

Martin, who earned both his master’s and doctorate at Regent, values those experiences immensely: “My professors gave me a seat at the table. It was at Regent that I really developed a love for learning. Here I was introduced to not just ideas, but the history of ideas, and was challenged at every level of my academic development.”

During Spring 2019, Martin had the opportunity to return to Regent – this time as a special guest at the School of Communication & the Arts commissioning service. Reflecting on his own journey of “success,” values and priorities, he presented a powerful message: “There will be moments when life is hard, and nothing explains it, when you have reached the end of you, when you’re in pain. … When that moment comes, I pray you hold on to your Bible. It’s light to those who find it. It will revive you. It lasts when nothing else does. And it will accomplish the purposes for which He sent it, and it will not return void.” He’ll tell you squarely, the most meaningful dreams are always rooted in persistent faith.