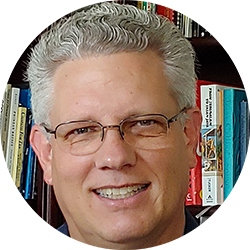 In the Robertson School of Government we employ charitable conversation, systematic thinking, and rigorous analysis to educate and equip students in the Judeo-Christian foundations of government. So what is unique about that? Two things stand out to me. One is the use of charitable conversation. We believe in valuing the “other” in our conversation. We need to seek to understand why people may think differently from us. There are two important pieces to discussions in government. Certainly the “what” is important, but the people we disagree with are important too. Government isn’t needed if we all think the same. Governing systems allow people with conflicting motivations and aspirations to live successfully together. Charitable conversation starts the process of allowing conflicting people to live together in harmony.

The second unique aspect is that we continue to value the Judeo-Christian foundations of government. Many democratic government ideals emerge from a Christian heritage and way of thinking. The notion of human rights is built on such a foundation, as is the notion of representative government. Those are not ideals that fully flourished before the experiment in democracy that founded the United States.

These and other ideals that lie at the center of the reason RSG should be your destination of choice are now being bolstered by a new series of blogs that are emerging from the faculty here. Findings with Mary Manjikian, Blind Politics with AJ Nolte, and Set Point with Steve Perry are three of those that can be searched and found on YouTube.com. Next month we will have several more added to our growing collection. We hope you will tune in to these and share them. You can also find these on Regent’s Center for Christian Thought and Action’s website under the “Government” link. We hope you’ll enjoy them.

The dedication ceremony was held in the Communications Building lobby that Mrs. Robertson personally decorated. The stunning 700+ seat theatre has been the centerpiece of Regent’s Communication & Performing Arts Center since the 135,000-square-foot facility opened in 2002.

As she arrived, Robertson was encircled by her extended family and friends while Regent University Singers performed Blessed Assurance.

Ann LeBlanc, the youngest of the Robertson children and vice president of Regent University’s Office of Alumni Relations & Events, welcomed attendees including members of the Robertson family, Regent’s Chairman of the Board of Trustees Philip Walker; former Virginia governor and Regent alumnus, the Honorable Bob McDonnell; and the Honorable Judge Richard Bray. Other cherished guests included members of Dede’s Garden & Bible Study groups, as well as board members and faculty.

Walker shared a personal tribute on behalf of the board of trustees: “Dede Robertson began her board service to Regent in 1977 and was part of the first board’s regents — CBN University. She’s been a faithful board member all these years until she resigned this past spring. During her tenure on the board, Dede served on various committees: Building & Grounds, Public Relations & Development, School of Communication & the Arts, and College of Arts & Sciences.” Adding, “Her Williamsburg-style interior design can be seen all over campus. … She’s done a marvelous job.” 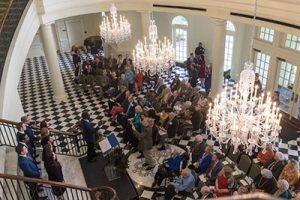 The Robertson’s youngest son, Gordon Robertson, chief executive officer of the Christian Broadcasting Network and president of Operation Blessing International, shared the legacy his mother handed down to him and his family. He praised her faithfulness as a wife, mother and board member; and how this dedication is a very special way of honoring her. “When you walk in and see all the decorations … all of that is my mother’s touch.”

Dr. Robertson added touching remarks about his devoted bride, followed by a prayer of dedication: “Thank you, Lord, for my wife Dede and the many gifts you’ve given her. As we dedicate this magnificent theatre in her honor today, we ask for a special blessing on this beautiful, loving and talented woman of God. Father, from this day forward, we pray that the Dede Robertson Theatre brings joy to all who enter here and even greater glory to your name. We pray all this in Jesus’ name. Amen!”

Then Dr. Robertson gave a cue for the unveiling of the dedication plaque and new box office signage: “And now for the moment we’ve all been waiting for, I present to you, The Dede Robertson Theatre!” 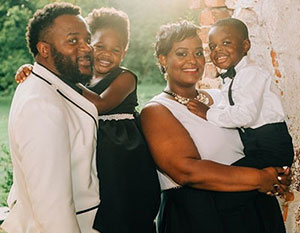 New father, Troy Savage, a current M.P.A. student in the Robertson School of Government has learned that sometimes endurance is the key.  In Savage’s case, it was the key to becoming a father.

He and his wife April experienced a marathon process to have children. April tried multiple surgeries to clear up issues that complicated the pregnancy process. Then they discussed undergoing In Vitro Fertilization, however, Troy decided against this process as he was tired of the health roller-coaster and wanted April’s body to heal.

Having given up on other options, Savage and his wife began to consider the adoption process. They began the required foster care training with Lutheran Services of North Carolina to obtain their license. The training sessions took 7 hours over a few weeks. After fulfilling the training session requirement and obtaining their license, Troy said they reviewed 10-15 children profiles between June 2018 and Jan 2019; the children’s ages ranged from 3 to 12 years old. They began to pray the “right” children would be matched to them to complete their family. Troy stated, “Every profile gives you someone to pray for [that God would] put them in the right home.”

The Savages applied for and were considered for adopting one set of siblings, but it did not work out. So In December of 2018, the Savages’ saw profiles for two beautiful children named Daveyon and Journii, and sent in their adoption request profile to the agency. On Jan. 30th, a day after Journii’s 5th Birthday, the Savages’ met with the sibling children. After meeting the children, the agency called 30 minutes later to inform the couple that they were the selected to become new adoptive parents.

A couple of days into February, the Savages’ met the kids at Chick-fil-a through the Department of Social Services, beginning the process. This was the day the children began to call them mom and dad. The next Sunday, the children spent 7 hours at the Savage home. After the children’s home visit, the agency decided to accelerate the transitional process out of the foster care system, as the children had been under the state’s care since being newborns.

In August 2019, the adoption was finalized. Troy, age 41, and his wife, April, 37, now have their family complete. Savage joyfully stated, “God takes us through the process and has us wait.” They now know wholeheartedly that God pre-ordained this painful journey that would produce great fruit, blessing two children who had experienced severe abuse.  The Savages have been married since 2015 and reflecting on their journey, Troy paraphrased from scripture that, “He who began a good work will complete it.” 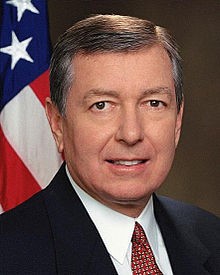 Former U.S. Attorney General and Robertson School of Government (RSG) Distinguished Professor John Ashcroft and his wife Janet, hosted a barbeque dinner at their beach residence for students and faculty. This event illustrates one way that Regent University students benefit from gaining insight from General Ashcroft and building relationships with their professors. It is a great time for School of Government students to unwind and get to know each other better in the midst of a busy semester. Student, Sabrina Estrella, commented, “The Robertson School of Government consistently provides opportunities for students to have face-to-face interactions with and learn from public figures such as Attorney General John Ashcroft.  These opportunities set the School of Government apart from other programs.  I look forward to attending the event each year.”

General Ashcroft, who is in his fourteenth year of teaching at Regent, and RSG Professor Gary Roberts, served barbecue and dessert to faculty and students alike. The evening included current events-related discussion of government affairs and principles of leadership from a Christian perspective. The General also offered valuable insight to the students based on his time as Governor of Missouri, U.S. Senator and U.S. Attorney General. The night concluded with numerous songs including Regent’s official school hymn, “Regent, Host of Faith and Learning” (text written by General Ashcroft). The lyrics remind Regent students that they are called to a lifetime of service as Christian leaders.

General Ashcroft teaches two classes at Regent, Case Studies in the Development and Implementation of National Legal Policy and Human Rights, Civil Liberties & National Security. Beyond his time in the classroom, he hosts numerous events each year like the government dinner which allow him more time with students. Both in classroom and informal settings, General Ashcroft is always eager to take and answer questions. 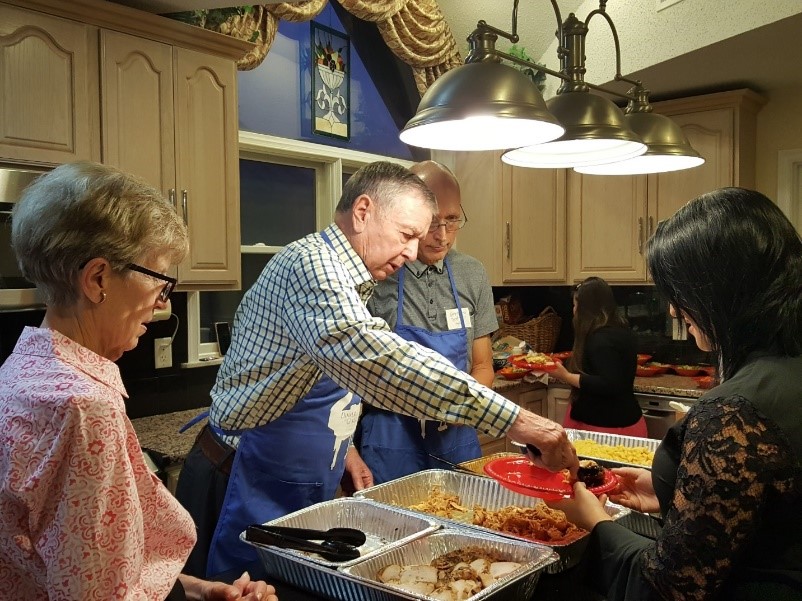 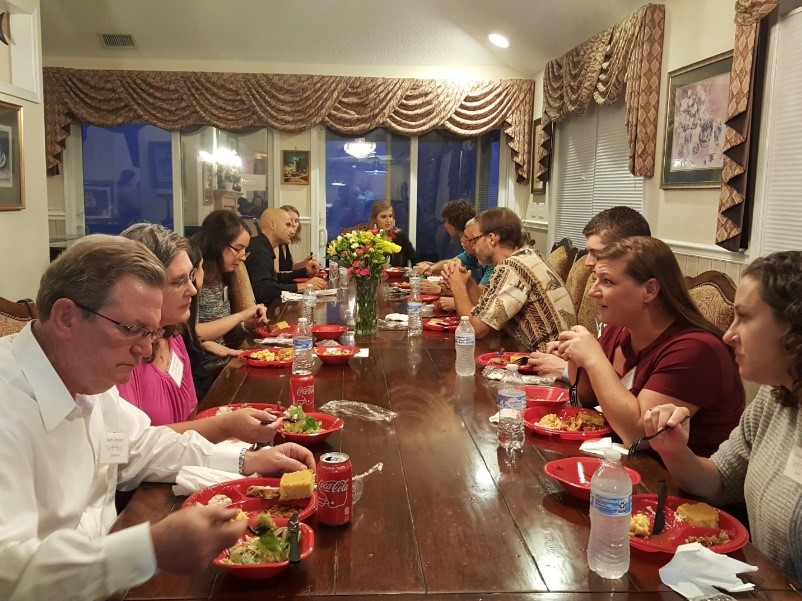 RSG Scholar-At-Large Dr. Eric Patterson spoke to foreign dignitaries on the topic, “Countries of Particular Opportunity: Advancing International Religious Freedom to 2030” at the Newseum in Washington, DC.  In his role as Executive Vice-President of the DC-based Religious Freedom Institute, he focused attention on four indicators that demonstrate violations of religious freedom, what he calls, “What they say and do.”

The U.S. government labels systematic, egregious violators of religious liberty as “countries of particular concern.”  Such countries typically include North Korea and Saudi Arabia.  But, Patterson argued, the U.S. and other governments should go beyond a human rights approach and use a national security lens to measure the issue of global religious persecution, because often it is America’s enemies who are the most repressive toward religious people.  Using models from international relations scholars such as Stephen Walt, Patterson argues that diplomats should ask these four questions regarding religious liberty:

*What does the regime’s ideology have to say about religion and freedom?  Is there a cultural majority ideology that represses religious freedom?

*How does the government treat its own citizens when it comes to religious liberty?

*How does the government treat its neighbors on issues of religion and religious liberty?

*How does the government behave on the international stage: is it supportive, passive, or antagonistic to religious liberty?

During the Cold War, the Soviet Union would have ranked negatively on all four indicators, as does North Korea today.  When taking these into account over the past decade, one can see progress in a place like Vietnam, but decline in China.  But, where can we forecast a positive trajectory on these dimensions in the next decade?  Patterson chose one country from each of several key regions as having the potential to blossom: Cuba, Indonesia, Uzbekistan, and Egypt.

Patterson’s remarks build on a 2013 article he published in Review of Faith and International Affairs.  He was part of the keynote panel on “Countries of Particular Opportunity,” which included the U.S. Department of States’ Daniel Nadler and BYU professors Cole Durham and Brett Scharffs. This annual event Law and Religion symposium was hosted by Brigham Young University on October 10-11, 2019. 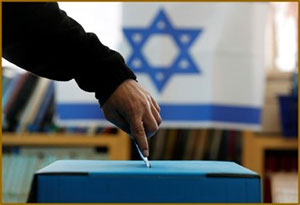 For the second time this year, Israeli voters headed to the polls amidst a chaotic political environment. During an event held at Regent University, Dr. A.J. Nolte of the Robertson School of Government provided post-election analysis, with particular focus on the future of Israeli politics and the impact of the elections on the region and the relationship with the United States.

Dr. Nolte also gave a lecture for the Ratio Christi Campus Apologetics Alliance. The presentation “Islam, High Modernism, and Christianity: A Trilogy” examined Islamic and high modernist worldviews, comparing them with Christianity, while also exploring the increasingly post-modernist lens through which both faiths view each other. The discussion highlighted apologetic strategies for engaging a Muslim perspective.