The Lord is the Compass for Regent Law School Alumnus, Sharla Mylar 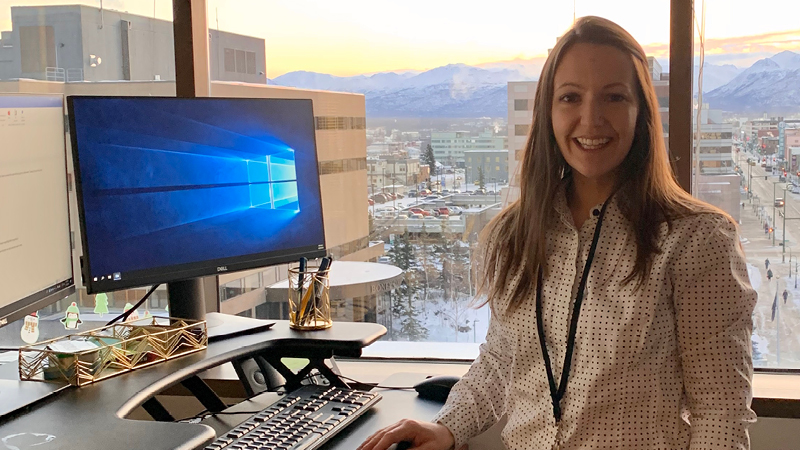 Lost in in the Spanish city of Santiago de Compostela as a 19-year-old exchange student, Sharla Mylar (SOL ’18) told God this was his second chance. His chance to speak to her. With little knowledge of the language, no memory of her local address, and an unreliable sense of direction, she couldn’t find her way home.

“Isn’t this what You do? Find lost people,” she prayed.

Lost Mylar was, and not just geographically. A few days earlier, her faith had taken a hit when she heard the extremely negative impression fellow students had of Christians. She had asked God to speak to her so that she could believe in Him.

He chose that day to speak. A “God-thought” came to Mylar to “turn left,” and then another thought and another, guiding her from street to street, till she found her way home. “Re-meeting Jesus” that day was a turning point for Mylar. “By the end of it I thought, the God of the universe cares enough to speak to me, and I am going to follow Him,” she says.

From then on, the Lord became the GPS in her life. He has since led Mylar on an adventurous journey, be it as a missionary, legislative assistant on Capitol Hill, Regent University School of Law student, or as a lawyer in Alaska. She currently serves as a special assistant attorney general for the Civil Division of the Alaska Department of Law.

She will tell you that Alaska is the seventh state she has lived in, in addition to DC, and two other countries (that excludes the 25 countries she has visited). Her journey has included helping a church plant in New York City, working at Water of Life Community Church in California, attending Discipleship Training School in England, and working in Youth With A Mission (YWAM) training centers in Germany, England, DC, and Hawaii. Mylar felt led to each of these roles, which strengthened her missional focus and discipleship skills. And, she developed a key trait – obedience. She continued to follow the promptings of that still, small voice.

The Road to Capitol Hill and Regent

While in Hawaii in 2011, a lady came up to Mylar and told her “I have a word for you and the word is ‘government.’” After receiving a similar direction during prayer, she joined a YWAM group travelling to Washington, D.C. She later became a founding team member of David’s Tent DC, a gathering place for Christians to publicly worship on the National Mall.

It was in D.C. that Mylar’s group realized they needn’t just pray for Christians with godly values to occupy places of influence – they could be those individuals.

God opened the door for Mylar to intern with Congressman Gary Miller. She also began taking online master’s-level courses in government at Regent University to advance her knowledge in the field. By the time the Congressman retired in 2015, her role had expanded to covering all policy areas as the only legislative assistant remaining in his office.

Among the courses Mylar took at Regent was a constitutional law class. So after Congressman Miller retired from the Hill, Mylar explored the possibility of enrolling in Regent’s law school. Her prayer was, of course, provision for finances – specifically, tuition and housing.

Mylar attended an admissions event at the university, took the LSAT, and in July of 2015 received both an acceptance letter and full tuition scholarship. Moreover, her parents offered to be no-interest lenders for her housing. Their graduation gift was to cancel the loan debt entirely.

“I was speechless; God had provided for my tuition and housing, and it was a very specific prayer request,” says Mylar. She felt convinced that God would use the knowledge and skills she would gain. “I needed to really learn all I could because I knew He would eventually draw it all back out of me to use for someone else’s good.”

Serving the People of Alaska 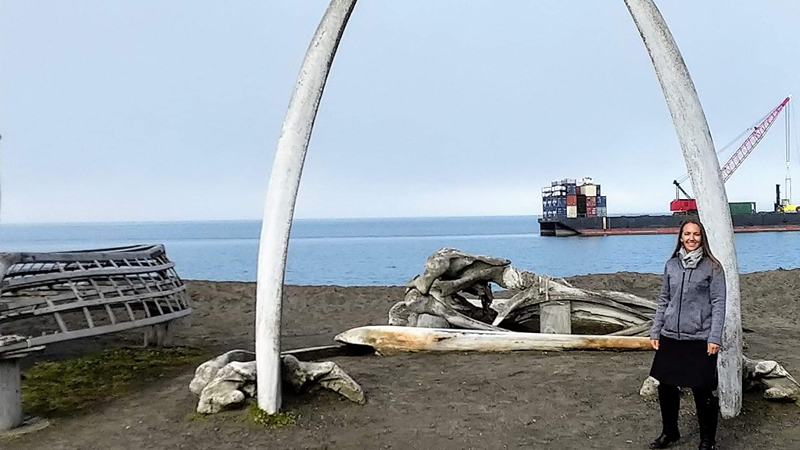 “I feel really connected with the idea of serving a lot of people in a quiet way.”

Today, Mylar is the special assistant attorney general for Alaska Department of Law in Anchorage, after having served in Utqiagvik (Barrow), Alaska. She credits Regent Law Career Services and her dean for organizing a meeting with Judge Paul Roetman, an alumnus, in 2018. After the bar exam, she received an offer for a law clerkship in Utqiagvik and made her way to the northernmost city in the U.S. that August.

“I’m looking around at my office (in Anchorage) right now, and I have three pictures on my wall, and they are all murals of Barrow, Alaska, because it kind of stole my heart,” says Mylar. It’s a tiny city of 4,500 people, with approximately 60 percent of the population being native Alaskan, she explains. Not having lived in a city so small that could only be accessed by plane before, she didn’t know what to expect: “I figured, well, they’ll either hate outsiders or take me in.” They warmly embraced her.

In Utqiagvik, Mylar worked not only as a law clerk but also as a deputy magistrate judge, which is the lowest level of judge in Alaska. Being sworn in as a judge was a pivotal moment for her. She felt the weight of the robe and recognized “the responsibility and the privilege of what God had called (her) to.”

Her role as a deputy magistrate judge involved handling arraignments for all levels of crime, issuing protective orders, and minor offense hearings. It allowed her to make some decisions that had a direct impact on the safety of the community, such as setting bail for defendants.

Mylar also added another, less conventional, element to her stay – Zumba. A licensed Zumba instructor, she held two classes a week for the ladies. It was a welcome pastime, she tells you, especially given the indoor lifestyle. Utqiagvik has 67 days of darkness a year, and temperatures stay at 0°F or plunge below it for a third of a year. The warmth of the community compensated for the polar climate, forging a bond that has lasted beyond Mylar’s clerkship.

Making Room for a Bigger Future

In September 2019, Mylar began working in her current role in at the Alaska Department of Law. “In Alaska, the AG (Attorney General) represents and provides counsel for the office of the governor and executive branch agencies, as well as the legislature,” she says. As her specialty is research, Mylar is often asked to research “areas of the law that are of current political importance in Alaska.”

She sees the long-term dividends of each research project. The conviction that she received in law school that everything would eventually be used for someone else’s good informs how she approaches it. Each is a learning experience that can assist in the future.

“I feel really connected with the idea of serving a lot of people in a quiet way,” says Mylar. She also continues to feel led to serve in the government. Mylar hasn’t forgotten her YWAM team’s prayer to put people of godly character and values in places of influence. “I’d like to continue to grow in character and also in skill … to bring solutions,” she says. The road may just lead back to the Hill.