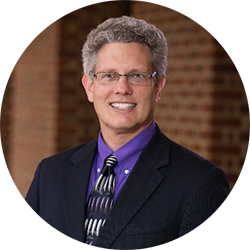 With the government back up and running – at least temporarily – we at the Robertson School of Government are glad to know that all of our students who have been affected are able to get their back pay and, in some cases, get back to work. Many in our student body are getting their graduate degrees while working full time. So the shutdown was a real concern. Thankfully, after some inquiry as to how our students were affected, we had most say that their own positions were not affected.

Among those who indicated some impact, there was one who believed the shutdown was necessary because of the importance of the border wall, and another who wanted the government to end the shutdown immediately (See the story on Irene Jackson). I’m sure all, no matter their work status during the record-setting shutdown, were glad to finally get their paychecks. We applaud those institutions who provided interest-free loans, discounted services, and other benefits to help affected government workers over the hump.

Service in the government is a calling and a privilege. We in the Robertson School want our graduates to think of themselves as servant-leaders. We teach that each person who your job affects is important, and each should matter to you as they matter to God. Yes, we want our graduates to earn a paycheck, but in times when pay is delayed, jobs are furloughed, and even the future funding for government functions are in jeopardy, let no RSG graduate treat their service to their communities as just something they do because they get paid for it. May each one remain committed to their calling and the people they serve, and allow these times of trial to build their faith in a loving God. 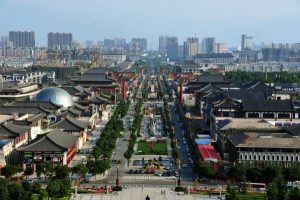 RSG students were invited to attend the Great Decisions 2019 series, hosted by the World Affairs Council of Greater Hampton Roads, which began this month. Shaomin Li, Ph.D., of Old Dominion University, spoke on Decoding U.S.-China Trade. Li shared that though arguably the most advanced economy in the world, the United States still uses centuries-old numbers to measure trade. These antique numbers mangle understanding of the trade relationship between the U.S. and China, shrinking America’s true economic size and competitiveness, while swelling China’s. Bad numbers give rise to bad policies that ultimately kill U.S. jobs and cede market share to China. What other tools can the United States employ to counter China’s unfair trade practices? There are several available, yet they remain mostly unused.

Other topics students attended in the series for January included Populism’s Influence in Europe and . . . RSG Dean Stephen Perry attended two of the Great Decision series events in January. He said, “What we get from the news is very shallow on these topics. The talks in this series provide much more depth and help attendees better assess the impacts of things like U.S.-China trade negotiations. The discussion of populism in Europe also provided insight into why leadership that acts elitist may be causing folks to flee to what the elite call the ‘fringes.’ Perhaps a listening posture from leaders would be more attractive than the bully pulpit.”

Defending the Rights of Children 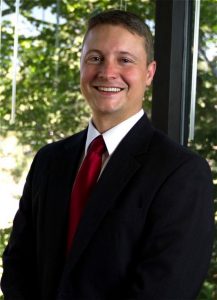 Working to help children and families has become the calling of David Skarka, a Robertson School of Government (RSG) Public Policy alumnus and School of Law joint-degree graduate (December 08’). He serves them by working through the legal system.

When the Department of Human Services removes children from homes and they enter the state system, it can become challenging for parents to fight against the system to get their children back, especially when there has been situations of neglect or abuse. Skarka Law Office, David’s personal firm, serves accused parents as they work to regain their parental rights. But Skarka has been on the other side of the situation too where he worked for the Department of Human Services as an Assistant County Attorney in Weld County, Colorado. From both sides the goal is to determine the best interests of the child.

Skarka’s first post-graduate assignment was as the Deputy District Attorney with Weld County DA’s Office, in Greeley, CO. He later joined the law firm Winters, Hellerich and Hughes, as the Litigation Associate. He also served as a law clerk with the American Center for Law and Justice during his time at Regent.

As Skarka began to investigate schools. Regent University sent a recruiter to his undergraduate school, Azusa Pacific University in California. He took the first step in applying to Regent. Skarka and his wife, Shannon, decided to visit the campus during Preview Weekend. Skarka stated, “We were shocked with how awesome the environment and people were during Preview.” He and his wife discussed how they would afford the program. However, they decided to take baby steps to reach the next stage. “My wife, Shannon, was hired for a position in RSG, which was a huge provision,” Skarka stated.

Skarka stated, “Take your education seriously; lean into your professors and get to know them. Be grateful to God for the opportunity and privilege of studying. Try new things; it may not be your dream but don’t feel discouraged.”

RSG student Eric Fugitt was awarded a $24,000 James Madison Memorial Fellowship to study for his MA in American Government. The James Madison Memorial Fellowship Foundation, established by former President Ronald Reagan, seeks to provide one fellowship for a student from each state. Applicants compete against others from the state of their legal residence. Fugitt won the fellowship for the State of Hawaii. As funding permits, the Foundation seeks to offer one fellowship per state per year. Fugitt stated, “The foundation pays for students to go to Washington D.C., provides college credit, and all fellows undergo a 4 week intensive training.”

Fugitt has already had an impressive teaching career. He has taught with the Oaks Classical and Christian Academy in Spokane, WA, and currently, teaches with Trinity Christian School in Kailua, Hawaii.

While teaching Civics and Economics at the high school level, Eric Fugitt became interested in getting his Master’s degree. He began looking for universities and found Regent’s online program, stating, “I dove in and have enjoyed every moment.” His anticipated graduation date is December 2019.

A Student’s View of the Shutdown

In response to the news of the recent government shut down RSG interviewed Irene Armendariz-Jackson, a native of the borderland in El Paso, Texas, who is an MA Government student with a concentration in Law and Public Policy. Her husband is a Border Patrol agent and they are always affected by the shutdowns. Jackson said, “It places an unnecessary burden on our family and the families whose main provider must go without pay.” She added, “It is a very aggressive slap in the face.”

This is the second government shutdown Jackson and her family have endured. The first was during President Obama’s administration. Jackson said, “Essential personnel can be prosecuted if they do not go into work.” Federal agents have taken an oath to protect from foreign and domestic citizens in national security. However, the governmental employees are working without pay. The shutdown was a burden to Jackson, not only because of every day expenses that had to be met, but because she is funding her studies out-of-pocket.

Fortunately, at least for now, the pay has returned. But clearly a job as a Border Patrol agent will not always have a regular check available as long as the Congress and the President hold budgets hostage to get action from the other side of the aisle.

Professor Eric Patterson spoke on “Religion and Populism” in Europe at a conference at the prestigious Sciences-Po University in Paris, France. Dr. Patterson, an expert on the intersection of religion and international affairs, was the closing keynote speaker on a day that featured major European intellectuals such as Olivier Roy.

A major conference theme was the intersection of religion, populism, and nationalism in Europe and abroad. Dr. Patterson focused his remarks on how political entrepreneurs may use religious symbols and religio-cultural identities to mobilize the public. In other words, it is the instrumentalization of religion: the secular appropriation of religious motifs devoid of spiritual, doctrinal, or transcendent content. Patterson has written about this at length in previous articles and in his book, Politics in a Religious World: Building a Religiously Informed U.S. Foreign Policy.

A notorious example of this from the 1990s was the use by Serbian nationalists of the “three-fingered salute.” One often sees in historic Christian art the use of a three-fingered hand gesture for blessing, emphasizing the Trinity. During the 20th century this gesture became emblematic for Serbian nationalists as a symbol of their Orthodox heritage, particularly in distinction to their bitter rivals during much of the century, Croatian Catholics. We saw crowds mobilizing for Serbian nationalism in the early 1990s with their three-fingered salutes raised high as secular politicians—many of whom were old Communist party appartchiks—bellowed about Greater Serbia, the glorious history of the Serbs, the terrible loss to the Muslims at the Battle of Kosovo in 1389, the link of Croats to the Nazis during World War II, and the like.

So, religious symbols (places, emblems, hymns, colors) and religio-cultural identity (as in Northern Ireland or Lebanon) can be used by political entrepreneurs for a secular purpose: to mobilize citizens to their political agenda. But, this typically has nothing to do with the actual faith of real people and their lived religion in their churches and communities. Consequently, Dr. Patterson talked about some of the places where this secular appropriation of religious symbols is happening, most notably the case of Vladimir Putin, Russian nationalism, and the Orthodox Church.

Professor Eric Patterson discussed the threats of Islamist terrorism and nationalism in France, Russia, and Turkey in his latest article in published Providence Magazine entitled, “Does Europe Face a Populism, Nationalism Threat?” To read the full article, click on Providence Magazine.

To read the full article, click on the following link. https://providencemag.com/2019/01/pompeo-cairo-speech-criticizes-obama-middle-east-policy/.