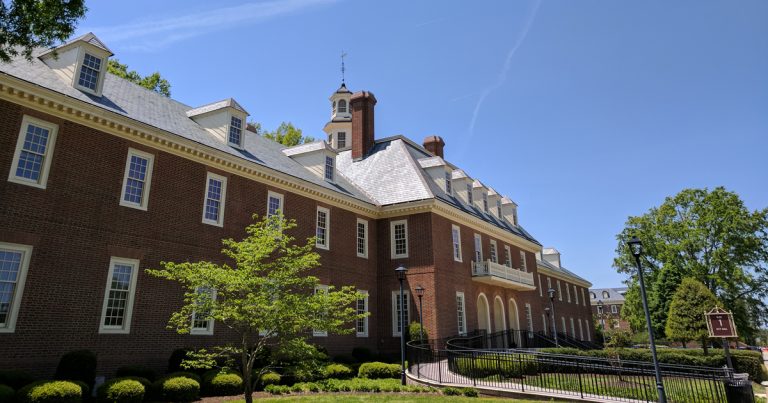 On Thursday, May 3, leaders from Regent University and the Virginia Beach, Virginia, community came together for a UNITY prayer event in recognition of the National Day of Prayer. During the event, various speakers prayed over a variety of different issues.

“I think oftentimes, our teachers are the most underappreciated servants in our community,” said Regent University School of Law Dean Dr. Michael Hernandez, who led a prayer for students, schools and those who work in the education field. “We can pray a blessing on our teachers, today, and we can trust the Lord to provide all they need.”

“For this 240 years of the great American experiment, we’ve always relied on faith and prayer and divine providence as Mr. [Thomas] Jefferson calls it in the Declaration [of Independence] to sustain and enlighten and grow democracy, a free people binding together,” said Virginia Governor and distinguished faculty member at Regent University, Robert McDonnel.

He pointed those present to the faith settlers in America’s early colonial history held to, even through immense adversity.

“The elements of prayer and faith have been the foundations of this nation,” said McDonnel.

“Having the privilege today to pray for state, local, and federal governments, is something, to me, that’s so vitally important,” he said. “The nature of our debate is toxic. The rhetoric is too uncivil; we don’t have enough leaders that are servant leaders who believe in humility.”

In his prayer, Dr. Eric Patterson, dean of Regent University Robertson School of Government, lifted up the individuals who put themselves in harm’s way to serve our country and its citizens.

“We’re enjoined in the Bible to pray for our leaders, for those in authority,” he said. “In Romans 13, we’re told that those who wields the sword, and do it under God’s inspiration … that they do it for our good, and that includes law enforcement who do that domestically, and that includes our members of the military, who do that abroad.”

VIRGINIA BEACH, VA (Aug. 9, 2022) – Regent University has been ranked by BibleCollegeOnline.com (BCO) as the  Best Online Christian College in America— for the second year in a row. “We are incredibly honored to be …

VIRGINIA BEACH, VA (Aug. 3, 2022) – Regent University is pleased to announce the launch of 17 new undergraduate certificates – offered both online and on-campus in Virginia Beach, VA. These …

VIRGINIA BEACH, VA (July 29, 2022) – Today, Regent University announced that the School of Nursing has been ranked among top nursing program by the Nursing Schools Almanac 2022. The program landed in the #3 spot in Hampton Roads …

VIRGINIA BEACH, VA (July 27, 2022) – Regent University is proud to host the chart-topping Christian band We Are Messengers during its fall leg of The Wholehearted Tour, presented by Compassion International. The band will …