Regent University / How to Stay Motivated Through the School Year 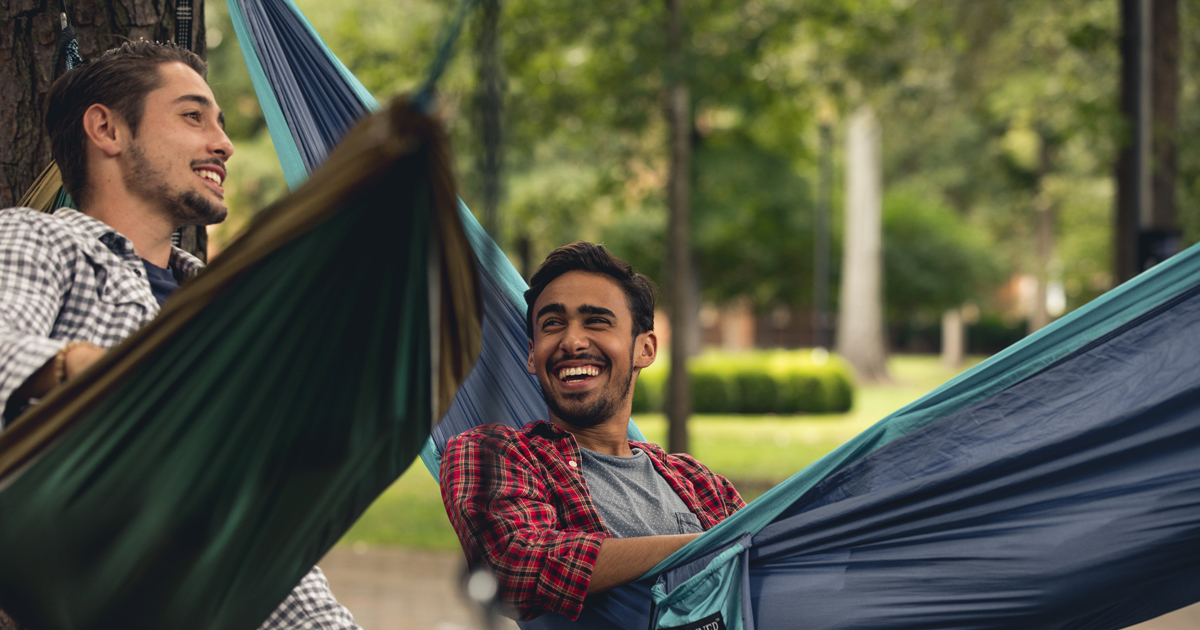 The first week of college is a vibrant carnival experiences — new people, new sights, new settings, new everything. But popsicles in the sun don’t stay popsicles forever; excitement eventually wears off, and while friends and fun may still abound in plenty, the sparkle of that first week dims.

So how do you stay motivated not just for the beginning of a school year, but throughout a school year? Here are a few pointers.

Would anyone actually chase a rainbow if there wasn’t a pot of gold at the end? Incentivize your work. It could be a shopping spree, a trip, a plain break, or anything that you can look forward to and can realistically promise yourself for finishing a project, an exam, or some other academic goal.

No man or woman is an island, and any good university will make sure they’ve got people —whether it be staff counselors, academic and career advisors, or even resident advisors (RAs) — to keep you connected and supported; to be there for you academically, emotionally, and professionally.

And don’t overlook faculty. Their knowledge isn’t limited to the classroom, and although their chief purpose is to teach, their friendship and mentorship can’t be emphasized enough.

Speaking to the power of relationship, find friends, make friends, and be a friend; and not as a means to better your experience, but for the sake of relationship itself. If you’re finding friendship in good people who genuinely care about you, you’ll be certain to find bolstering support.

Breaking a habit isn’t very fun — at first — or glamorous, but the rhythm of regimen discipline provides is potent. For example, studying an allotted amount of time is a lot easier if you’ve been doing so for weeks consistently rather than in random bursts. Same goes for sleep, diet, and fitness, all of which become incredibly important components of life as a college student.

Discipline keeps you on track, replacing the need for mustering momentary heroic amounts of strength and will power. In some ways, it’s an autopilot or a steady ballast — sails for the gentle seas and an anchor for the stormy ones. Yes, it means saying no sometimes, but that means you’re saying yes to healthy rhythms that’ll drive you toward success.

From the icy tundra of the north and south poles, to the far reaches of arid desserts, and up to sky-scraping mountain peaks, the boldest of explorers have traversed. Aside from raw courage or ambition, many of them relied on a foundation of belief or conviction they’d rooted themselves in. Without that, they wouldn’t have made it; their names, lost to obscurity, their discoveries, undiscovered.

You’re an explorer, in what’s probably uncharted land for you, making new discoveries about yourself and the world around you. There’ll be hardships and joys. If you’re going to stay motivated through it all, know why you’re doing it in the first place. Keep that purpose, that conviction, that reason behind your actions and on the forefront of your thoughts; keep it in plain sight in days dark and light.

If you remember nothing else, remember this: enjoy the popsicles, and embrace the storms.