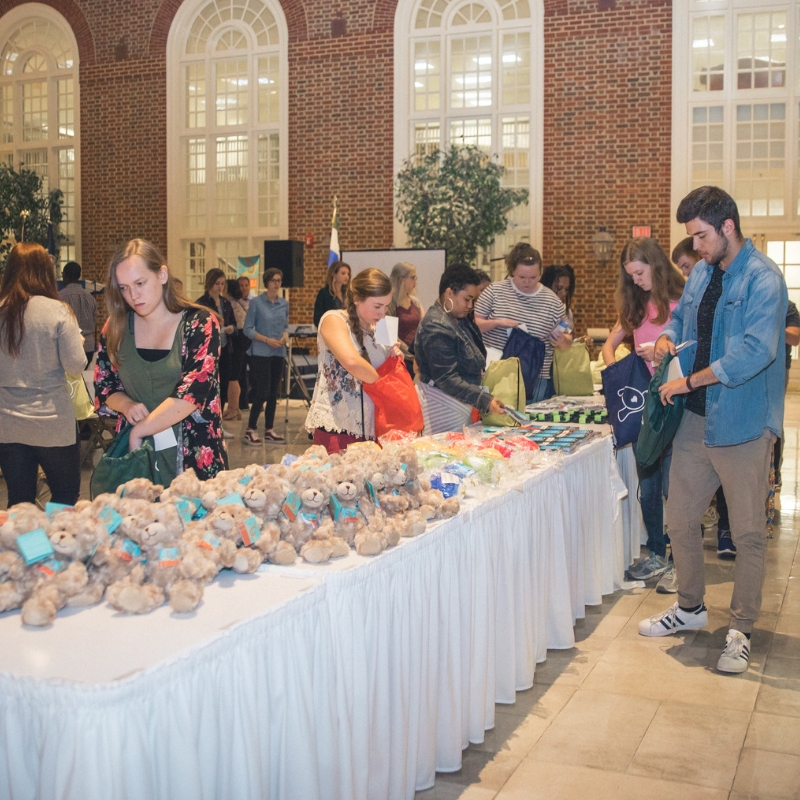 That’s how often sexual assaults occur in the United States.

“We are so pleased to partner with F2F. It is a wonderful organization that reflects the Christina values that Regent University stands for,” said Amber Steele, director of Student Activities & Leadership. “F2F promotes campus awareness and intervention on the part of our students. They came together to host an event to put together these aftercare kits and to write heartfelt notes to survivors and let them know they are valued.”

The event is an effort to educate college students about sexual assault as they package items like hairbrushes, clothes, toiletries, notes of encouragement and stuffed teddy bears for survivors of sexual assault.

The organization then works with local hospitals to provide these “aftercare kits” to those who enter hospitalization following sexual violence.

“This is a special place with special people. We completely support the F2F initiative, and we want our students at Regent to be role models and models of what it means to be a student on a college campus that cares about others and looks out for the interest of others,” said Dr. Sam Botta, director of Regent Athletics. “At Regent, we are standing with F2F.”

F2F was founded by Rosemary Trible, wife of former U.S. Senator and Congressman Paul Trible. Her story of hope and redemption after experiencing her own sexual assault launched F2F in 2011.

Learn more about F2F and the organization’s work with other universities in Virginia and beyond.